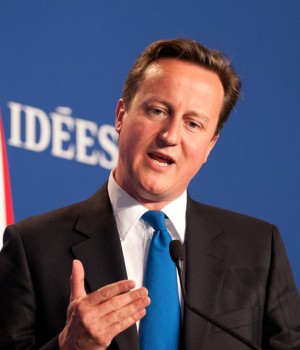 During attempts to sway public opinion in the run up to the EU referendum, critics have accused David Cameron of using scare tactics to keep Britain in the EU.

Cameron however recently hit back, talking to students at University Campus Suffolk, claiming he was behind ‘Project Fact’, not ‘Project Fear’:

“If ‘Project Fact’ is about saying ‘stay’, then you know what you get: the (EU single) market open, jobs being created, businesses locating here, financial services being able to trade all over Europe. If you leave, you don’t have those facts, you have a lot of uncertainty.”

Cameron has challenged those within his party who want to leave the EU, commenting they should stop hiding behind arguments offering the “illusion of sovereignty”, whilst critics respond, arguing that Cameron is ‘belittling’ Britain by suggesting it cannot cope outside of the 28-member bloc.