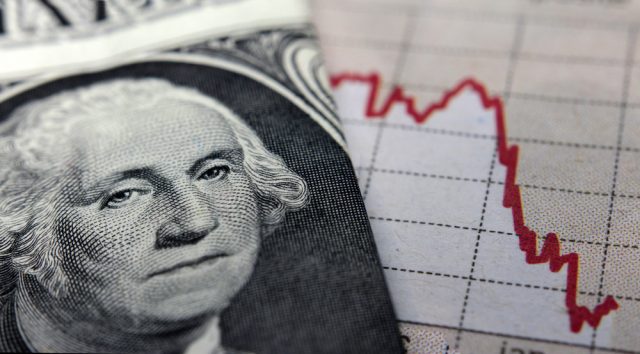 After an incredible 500 point bounce on Wednesday, the Dow Jones misfired after the bell on the Thursday session.

The index will likely be forgiven for today’s flummox, after a sensational start to 2020. However, investors will likely see it as an opportunity missed after China’s Valentine’s love letter, and its proposition to slash its tariffs.

“Poised for a fresh record peak in the pre-market, the Dow Jones bottled it after the open, investors getting cold feet once the bell rang on Wall Street.”

“Instead of celebrating news that China will halve tariffs on 1717 US goods as a Valentine’s Day treat, the Dow loitered unchanged just under 29300.”

“To be fair to the index, it had a spectacular session on Wednesday, rising close to 500 points. And it is now 1000 points above its end of January lows. So it has perhaps earned a break.”

“The Dow’s level-headedness failed to impact the Eurozone indices. The CAC re-crossed 6000 as it expanded its gains to 0.7%, while the DAX spent the day nearing a fresh all-time high of its own, adding 0.6% to sit a smidge above 13550.”

“The FTSE was somewhere between Dow and DAX, rising just 0.2% as it stuck its nose above 7500. It arguably would have been a bit livelier if Brent Crude’s 1.1% decline hadn’t sent BP and Shell down 1.6% and 0.7% respectively. This as the black stuff waits for OPEC+ to declare their plan to tackle a coronavirus-informed drop in demand.”

“That its gains weren’t more robust was a surprise considering sterling continued yesterday’s losses, falling 0.3% against the dollar to hit a 6-week low of $1.295. It was in marginally better health against the euro, a 0.2% loss leaving much of Tuesday’s rebound intact. It’s going to be a tricky few months for the currency, as the UK and EU start to feel each other out regarding the future of their trade relationship.”