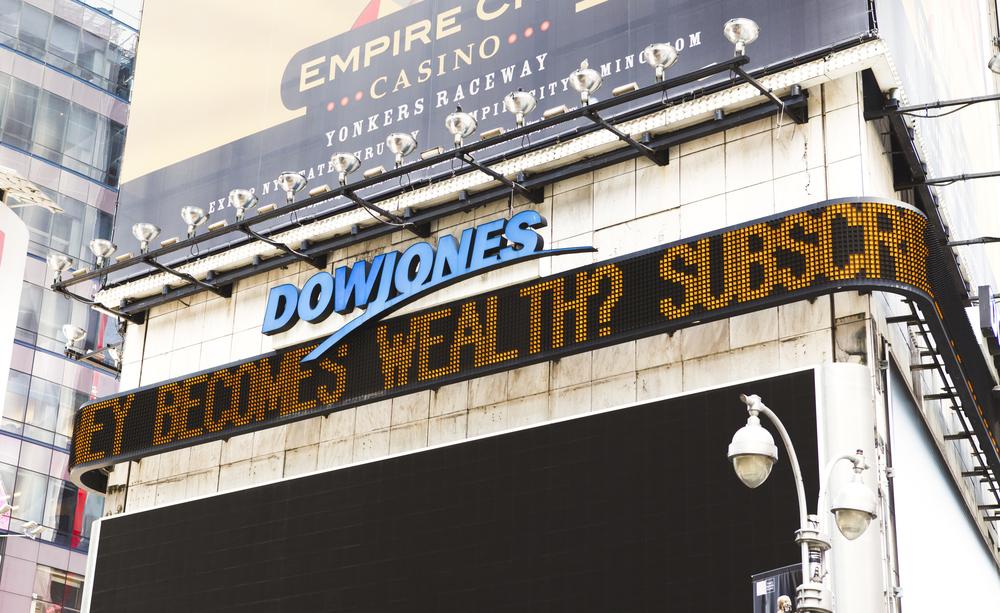 The Dow Jones posted considerable gains on Wednesday, after an utterly cringeworthy ‘will he, won’t he’ from Donald Trump, which resulted in a pledge to back renewed Fed stimulus, should he retain office in November.

The update follows a back-and-forth of dangling and removing the option of stimulus during Tuesday trading, which saw the Dow Jones rise initially, before slumping by almost 500 points.

With Donald Trump pledging to support post-election stimulus, this pretty much guarantees that the US economy will receive a boost before year-end, with Democrat candidate, Joe Biden, also likely to back to stimulus should he enter office.

The position of the former Vice President was also fortified by recent polling data from Rasmussen, which showed that he was now up by 12 points on Trump

The significance of this data should not be understated, seeing as Rasmussen is normally Trump’s go-to for polls – though now appearing to forecast a perhaps intractable Biden lead.

Up from a 8 point lead last week.
Trump is imploding. Get out our vote! 27 days!

Speaking on the political developments and how they’ve affected the Dow Jones, Spreadex Financial Analyst, Connor Campbell, the gains: “[…] seem to be predicated on the fact that Trump wasn’t necessarily anti-stimulus, but rather anti-Democrat. The proximity of the election was always going to make it tough to get a deal done […] and effectively the President opted for politics over policy.”

“However, he did claim he would push out a package the moment he was elected, with advisor Larry Kudlow stating on Wednesday evening that Trump is keen to support airlines and small businesses via the Airline Payroll Support and Paycheck Protection Program schemes.”

“At the moment it’s a lot of hot air, and may be setting up the markets for disappointment down the line. Nevertheless, US investors seem to be buying Trump’s pronouncements.”