Investors hoping for some reassurance from central banks were severely disappointed as the Bank of England Governor, Mark Carney, suggested that rates would rise sooner than the market had been pricing in and the Fed’s Dudley said recent stock market declines were ‘small potatoes’.

“The little decline that we’ve had in the equity market today has virtually no implications for the economic outlook,” said New York Fed President William Dudley. 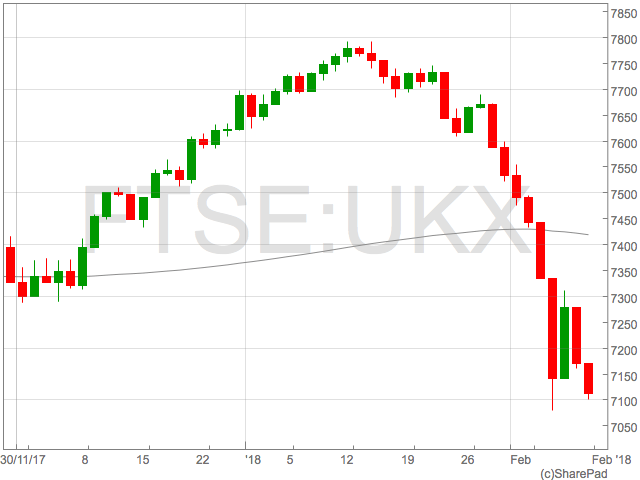 The FTSE 100 is now roughly 10% off the recent high, a level that is classed as a ‘correction’. A bear market is categorised as a 20% drop from a market top.