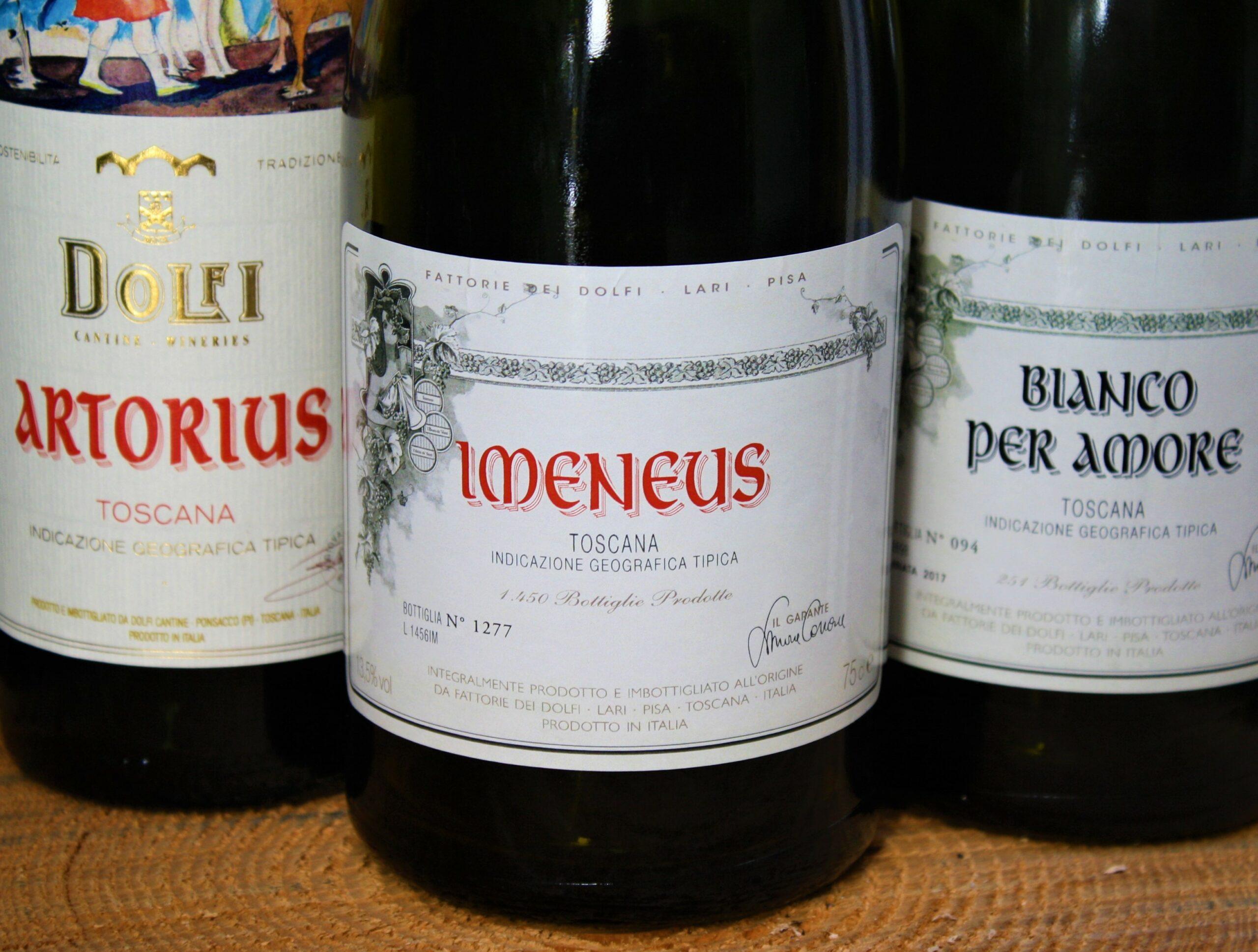 A new entrant but using traditional methods, both personal and romanticised but stressing its exclusive clientele. Fattorie dei Dolfi may confuse some with its dichotomies, but one thing cannot be confused – the vineyard’s painstaking attention to detail creates an inspired end product.

Last week Fattorie debuted its range of fine wines at the Gaggenau showroom near Cavendish Square, and the sense of occasion was palpable. The tasting began with Director of OenoFuture, Daniel Carnio, reflecting on his relationship with the owner of Fattorie and their mutual fixation with the process of creating a special wine. In what felt as much science lesson as history lesson, Daniel briefly set the scene for those in attendance, telling us of the success of new fine wine entrants from California, before going on to recite the merits of the Tuscan produce on offer that day. Everything from the blends of traditional grape varieties, soil types, weather, and light and climate exposure on the casks in a partially underground cellar – every fine detail was being considered by the vineyard which wants prospective clients to take its produce as seriously as it does.

That isn’t to say the brand or end product lacks character, though. While the Company stressed the importance of exclusivity, I didn’t get the sense this came from a pompous outlook. Rather, it was evident that what was being produced was deeply personal to all of those involved in the process. Even though the owner of Fattorie wasn’t able to attend the launch – apparently unwilling to entrust the care of his vineyard to anybody else – the affection felt for what his team had produced was tangible to anyone who watched Daniel’s face as he enjoyed the nose of each wine.

Torn between momentarily savouring each sip in silence and enthusiastically explaining the genealogy of each grape, anyone would have been forgiven for thinking that Daniel was describing a Company with long and illustrious history. While Fattorie itself may have been bottling its wines for little over a decade, the methods it uses are time-tested, using grapes loved by Italian wine enthusiasts and incorporating a passion passed down through generations.

“My grandfather, Bendinelli Fornarino, was a relative of Don Giuseppe Bendinelli, parish priest of Perignano, Lari. Don Giuseppe had a real passion for wine and viticulture and he taught my grandfather the secrets and technologies already experimented in the past to produce high quality wines.” Said the owner of Fattorie on the Company’s website.

“For some time, and in various contexts, I had known Dr Giacomo Tachis. After talking to him about my idea, being fascinated by his immense knowledge, I took his advice to heart and decided to keep doing what my family had done for centuries: the winemaker.”

So, enough storytelling. I was lucky enough to try three editions of Fattorie’s limited wine stock – and when the Company say limited, they really mean it.

The first wine, the Bianco Per Amore, was complex and unique. A mixture of Pinot and Chardonnay grapes, the wine set itself apart from the dry varieties one might drink on a day-to-day basis with the depth of its flavour. What really made it stand out though, was the speed at which its bouquet and palette matured. Within twenty minutes of our first taste – which revealed a nuanced, harmonious character – the wine had completely mellowed into a different but equally enjoyable experience. This wine is developed with a love one puts into something they want to drink and enjoy at every occasion, and that’s exactly what this wine is made for. The owner of Fattorie created this wine for himself, and at a production capacity of fewer than a thousand cases per year, this complex and unique creation represents an exciting investment opportunity, or better yet a thoroughly enjoyable wine for a special occasion.

The second wine (not in the order tried on the day) is the Artorius. Well-balanced, ruby-coloured and direct, this wine sets itself apart from the other wines tried on the day with its simplicity. This wine is composed of Prugnolo Gentile, a grape loved in Italy and used in popular wines such as Brunello di Montalcino, it serves as a wine with character and should be shared over a meal with friends and family. This wine is produced in higher volumes than most of Fattorie’s repertoire, and while it isn’t a typical investment wine, its limited availability and sparse appearances at fine dining establishments makes it a talking point for any wine lover.

The third and final wine is the very noteworthy Imeneus. A wine with an authentic identity – both its name and story – Imeneus was described by our host as “very Italian”. Being Italian himself, I sense he didn’t use those words lightly, and would go as far as to say he was proud to have this wine incorporated into our perceptions of Italian culinary culture. There are very few words that do justice to this member of the Fattorie family, but technically at least, it stands as a fine example of what an expert can do with the Prugnolo Gentile variety. Its lively, complex and spiced fruit aroma inspires an involuntary aura of festivity within anyone fortunate enough to drink it. Its smooth fragrance, tobacco aroma when left to age and its balsamic undertones once left open make it something truly special. With under two thousand cases of Imeneus made a year – my favourite fine wine investment cliché has never rung truer. It represents an investment with great potential for growth, but in the worst-case scenario, I’m sure you’ll have a great time drinking it.

In a time where fine wine sales are on the increase and overall wine consumption is down, the Company hopes to capitalise on a shift in investor behaviour. The current climate is proving turbulent for stakeholders in commodities and equities and many are beginning to look toward a more secure and self-governed investment solution – a solution which fine wine producers like Fattorie are glad to offer. This Company is producing wines of distinction in its early years, and any investor can expect to see a return on a product which Fattorie’s owner hopes will someday rival Chateau Lafite.

Speaking on the teachings of his mentor, Fattorie’s owner said,

“He always said that it is not enough to make a good wine; that wine must be exclusive and the true expression of the terroir.”