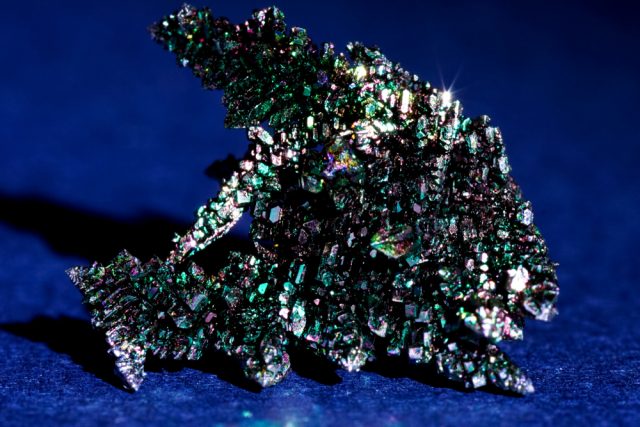 Ferro-Alloy Resources Ltd (LON: FAR) have seen their shares crash on Friday afternoon as the gave a disappointing update.

The ore at this deposit is unlike that of nearly all other primary vanadium deposits and is capable of being treated by a much lower cost process.

It is planned that output will be increased in stages to reach 22,400 tonnes of vanadium pentoxide per year, mostly in the form of ferro-vanadium.

The firm said its profitability and cash flows have suffered as vanadium prices fell more sharply than expected.

The drop in the price of vanadium pentoxide to its current level of around USD5 per pound from around $16 per pound at the start of 2019 has hurt Ferro-Alloy’s profitability as well as its cash flow. Despite being widely forecast, the price decline was steeper and more rapid than expected, the company said.

According to the firm, the reason was largely due to China’s initial lack of enforcement on its new higher construction steel standards and an abrupt increase in China’s vanadium production.

However, this enforcement is now considered to be “much stronger” and China’s vanadium production is likely to slow as prices stabilize. Ferro-Alloy’s long-term price forecast for vanadium pentoxide is $7.50 per pound, around the historic average.

“In the longer term the outlook for vanadium demand growth is very strong from its traditional market to steel-makers, putting upwards pressure on prices and necessitating the building of new supply which, other than by Ferro Alloy, is unlikely to happen until prices rise to considerably higher levels than today’s,” said Ferro-Alloy.

The impact of the fall in price was worsened by limited production whilst the firm was implementing the expansion of its vanadium concentrate processing operation. The building expansion is now complete and the first phase of new equipment for the operation are being commissioned.

Ferro-Alloy Chief Executive Nick Bridgen said: “The expansion of the existing operation, the first phase of which will be operational by the end of December, and the advances we have made with our main project, give reasons for an optimistic outlook for 2020. The recent fall of the vanadium price from the frothy levels of last year can be viewed as a positive for the industry as it will allow demand to continue growing, particularly in the nascent flow battery industry, and will lead to the shut-down of high cost opportunist production. Furthermore, it highlights the clear advantage of the Balasausqandiq project, which is expected to become the world’s lowest cost primary supplier.”

In the mining sector, there have been updates. Coal miner Edenville Energy  saw their shares rally on two investors which have said they intend to provided funding for their mining operations.

Additionally, Centamin PLC  have seen their shares in green on Friday morning, as the firm announced a new interim CEO appointment.

Rutherford has over 25 years of industry experience and specialized in the global mining and metals sector, and has has much knowledge in the investment banking arena.

He currently works at FTSE100  listed Anglo American plc where is a non-executive director.