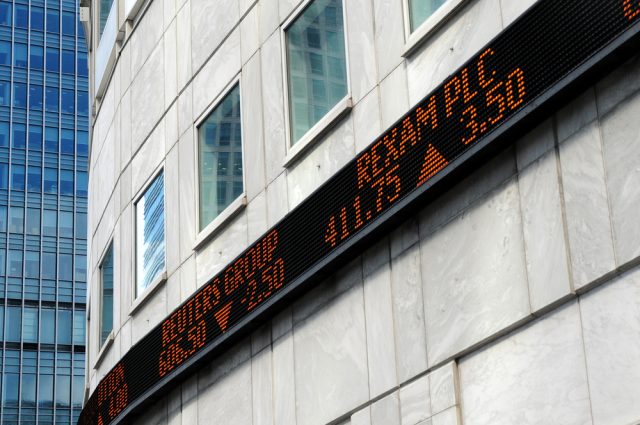 The FTSE 100 sunk to its lowest point in two years on Thursday, hit hard by the arrest of Huawei’s Meng Wanzhou and fears surrounding the US/China trade war.

Connor Campbell from Spreadex said: “Perhaps embarrassed by their overly positive reaction to Monday’s trade truce news, the markets nosedived on Thursday, with the US open only serving to exacerbate what was already a nasty set of losses.”

“The Huawei arrest appears to be the straw that broke the camel’s back. The rapidly dwindling good-feeling towards the US and China’s vague trade war ceasefire turned actively hostile on Thursday, investors fearing that, 90-day truce or not, the relationship between the two superpowers might be about to take a turn for the worse,” he added.

Once again, one of the biggest fallers of the day was Thomas Cook (LON: TCG). Shares plunged 13.6% at 29.72p despite regaining value this week.

In more positive news, shares in Ted Baker (LON: TED) were up rose 63p to 1,530p after a trading update amid a dispute over workplace culture.

Nick Bubb, the independent retail analysts, said: “Ahead of the much-awaited Ted Baker Q3 update today (for the 16 weeks to Dec 3rd), we flagged that the better than feared trading update from Joules yesterday provided some encouragement that Ted Baker’s trading update might also not be as bad as some had feared, despite the recent share price slump…And the headline of the statement is bullish.”

Shares in Paddy Power (OTCMKTS: PDYPY) also fell over 6% on Thursday on the news that UK’s biggest gambling firms have agreed to stop advertising during live sports broadcasts.