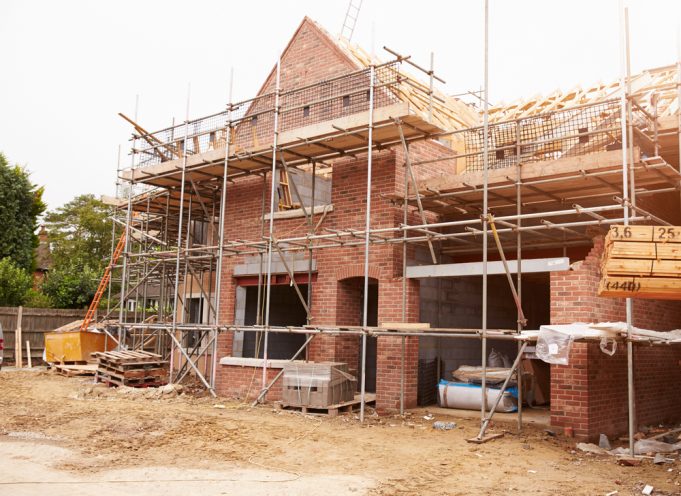 The FTSE 100 sank on Wednesday, reversing much of the gains enjoyed in a two-day rally driven by the reopening of global economies.

The FTSE 100 traded as low as 5,904 in the first hour of trade on Wednesday as the market digested the latest economic data from the UK and Europe.

The UK economy shrank 2% in the first quarter but a relatively buoyant manufacturing sector before the lockdown meant the UK avoided a complete collapse.

“That actually means the UK avoided the kind of Q1 contraction seen by its peers – France fell 5.8%, Italy 4.7% and Spain 5.2%. However, and it is a sledgehammer of a however, that is almost purely down to when lockdown was implemented rather than any actual outperformance, meaning even more pain is going to be felt in Q2,” said Connor Campbell, analyst at Spreadex.

“Nevertheless, those numbers were better than expected, allowing the FTSE to keep its losses at the lower end of what was seen in the Eurozone. That still meant the UK index fell 1.3%, dragging it back below the 6000 mark it hit following Rishi Sunak’s furlough scheme extension on Tuesday.”

UK bond yields turned negative inline with European bonds as the market priced in the possibility of negative interest rates. 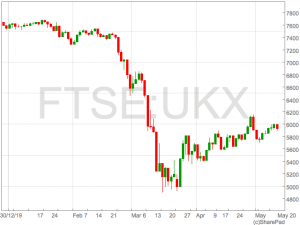 Negative rates aren’t something that have been discussed publicly by the Bank of England, but could become a reality if the economic downturn persists.

With interest rates at 0.1% the BoE has little left in terms of option to fight a persistently low inflation and may be forced to follow the European Central Bank in taking rates negative.

Berkeley Group and Barratt Developments were also among the early risers.