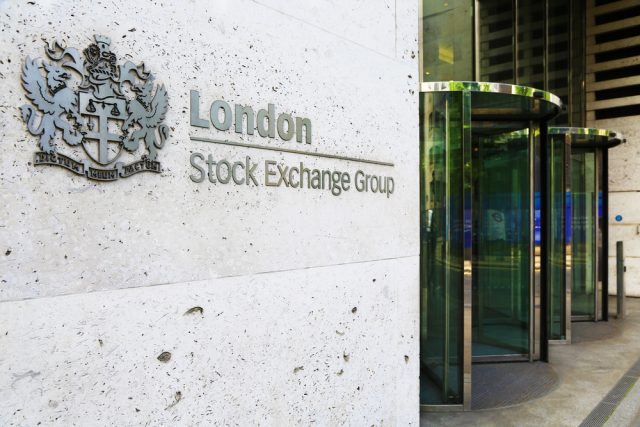 The FTSE 100 has posted a 12% drop in 2018 after suffering set backs from Brexit, US/Sino trade wars and the global tightening of monetary policy.

Despite finishing 2018 in the red, the FTSE 100 reached all time record highs of 7,859 in May having enjoyed a strong rally on hopes of US fiscal stimulus from the Trump administration.

This proved to be short-lived with the second half of 2018 painting a dramatically different picture. 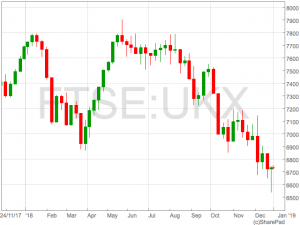 For years called a ‘technology business with a food delivery service’, Ocado cashed in on their intellectual property with the licensing of their technology to Kroger in the United States.

Analysts at Peel Hunt called the deal ‘transformational’ around the time of the announcement in May – and that it proved to be with shares in Ocado finishing 2018 off up just shy of 100%.

After a torrid 2017 that saw shares in Hikma nearly half, the generics pharmaceutical business enjoyed significant sales growth as government seeks to take control of their healthcare budgets.

The group announced a 54% jump in operating profit in the first half with the second half looking just as bright with a number of new drug launches promising additional revenue for the full year.

The biggest casualty of the current constituents of the FTSE 100 is British American Tobacco. A long-time favourite of investors due to it’s reliable and consistent cash flows and dividend yield, the share BATS share price has fallen out of favour as the developed world enjoys lower smoking rates.

In response to the lower outlook for tobacco sales the group have been pushing their new e-cigarette division to replace declining revenue from tobacco sales over the long-term. Shares in British American Tobacco shed circa 50% in 2018.

Kingfisher have suffered a two pronged attack to their sales in 2018 with the general slowdown in high street retail spending in the UK and the failure to deliver a turn around in the European business.

The rise of new build purchases for first time buyers has hit demand for DIY products which has compounded a broad based reduction in consumer spending, culminating in a 13.5% drop in H1 sales. The outlook for the second half isn’t inspiring. Shares are down 38% in 2018.