New York-based investment bank Goldman Sachs (NYSE:GS) has outperformed Wall Street analysts’ predictions with a jump in profits, as its investment banking, wealth management and bond, currency and commodities trading divisions all thrived during the pandemic.

The bank reported record revenue of $9.42bn from its investment banking unit, driven by booming demand for initial public offerings and an increase in merger activity. Goldman Sachs ranked #1 in worldwide announced and completed mergers and acquisitions, worldwide equity and equity-related offerings and common stock offerings for the year.

Chairman and CEO David Solomon said in a press release, “it was a challenging year on many fronts” and added that “we hope this year brings much needed stability and a respite from the pandemic”.

Reuters weighed in on Goldman’s results, pointing out that the bank has benefitted from some big stock market floats recently:

“Goldman’s performance was in line with broader gains for trading units across Wall Street banks, with JPMorgan Chase also reporting stronger-than-expected results as financial market volumes remained consistently high. The Wall Street giant also benefited from record levels of capital markets activity during the quarter, as it generated handsome underwriting fees from a number of high-profile IPOs including Airbnb, Doordash, Lufax and Root”.

“We were expecting a strong performance, but Goldman outperformed in almost every business line. While other banks, such as JP Morgan and Citigroup had to contend with retail and corporate banking units that were a bit soft, Goldman’s activities are squarely focused on investment banking and trading—areas that did well everywhere, but especially well at Goldman Sachs”. 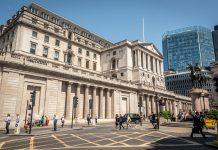