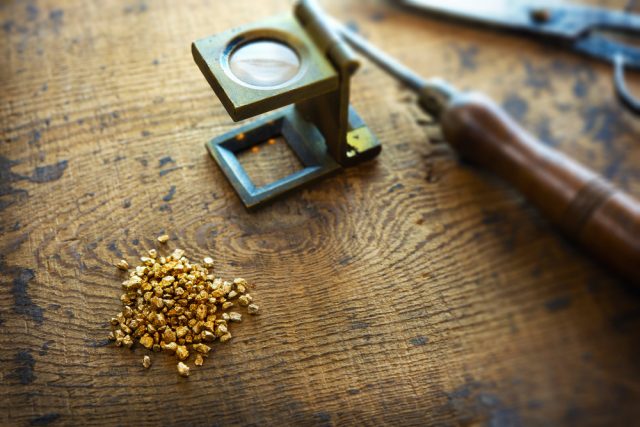 Greatland Gold (LON:GGP) have updated the market today on their operations at their Havieron site.

The gold exploration firm said that the results had been ‘outstanding’ – which has sent shares rallying.

Greatland noted that the current drilling at Havieron is continually expanding and is showing strong potential of high grade mineralization.

Notably, this extends over a strike length of 400m, to vertical depths of 600m and remains open at depth and to the northwest.

The firm said that they will continue to pursue their drilling activity, with a total of eight rights now in operation. Greatland also outlined their intentions to try and deliver initial resources in the second half of this year.

The firm also noted that they expect operations at Newcrest to complete Stage 2 of Farm-in by end of March 2020.

“We are delighted by this sixth consecutive set of excellent results from Newcrest’s drilling campaign, which continue to demonstrate the continuity of high-grade mineralisation and expand the mineralised footprint. These latest results represent one of the best sets of drilling results at Havieron since Newcrest began its exploration campaign and reinforce the potential to accelerate the timetable for commercial production.

“As we enter the Australian exploration season, Newcrest continues to drill Havieron at pace and will shortly complete Stage 2 of the Farm-in. Meanwhile, we are planning to be very active with our own systematic exploration campaign across the Paterson, which will focus on drill testing many of the high-priority targets we identified last year.”

Earlier this week, Greatland noted that their loss had widened across the interim period.

The firm noted that its’ loss had widened across the first half – as exploration and development costs had surged.

Greatland Gold said that it had seen a pretax loss of £2.6 million across the six month period which ended on December 31.

Notably, this was deeper than the figure one year ago which saw a £1.5 million loss recorded.

Greatland Gold added that their cash stood at £4 million, and since then has received another £2 million of net funds from warrant conversions.