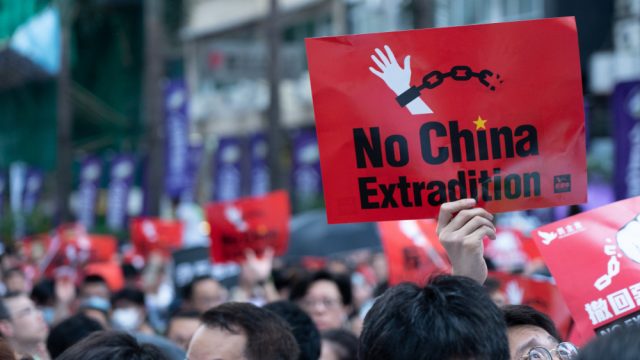 Hong Kong has been declared to be in recession as it has been hit by five months of anti-government protests which have resulted in violence, flames and financial stagnation.

Demonstrators have resulted to throwing petrol bombs and using napalm as a means to protest against Chinese suppression, whilst police have responded with tear gas, water cannons and rubber bullets.

“The blow (from the protests) to our economy is comprehensive,” Paul Chan said in a blog post, adding that a preliminary estimate for third-quarter GDP on Thursday would show two successive quarters of contraction – the technical definition of a recession.

“The government will be announcing its advance estimates for the third quarter on Thursday. After seeing negative growth in the second quarter, the situation continued in the third quarter, meaning our economy has entered technical recession,” he wrote.

Chan added that it would be extremely difficult to achieve the government’s pre-protest forecast of 0-1% annual economic growth.

Protestors continue to be riled as they oppose increasing interference by Beijing authorities in Hong Kong.

Hong Kong returned to Chinese rule in 1997 under a “one country, two systems” formula intended to guarantee freedoms not seen on the mainland.

However, protestors are no longer happy with the status quo as the battle of political and geographical sovereignty continues to ignite.

China denies meddling. It has accused foreign governments, including the United States and Britain, of stirring up trouble.

As protests reach their 21st week, no progression has been made. Both British and American businesses operating in Hong Kong have faced trouble. Firms such as Starbucks (NASDAQ: SBUX) have also had shop fronts torched.

Internal Hong Kong business has also slumped, where malls and local businesses have been forced to close amidst tensions.

Whether China and Hong Kong will give any ground for negotiations is yet to be seen.

However, if Hong Kong continues in this trend then a longer term can be expected with low revenue growth and a major slump in economic output.