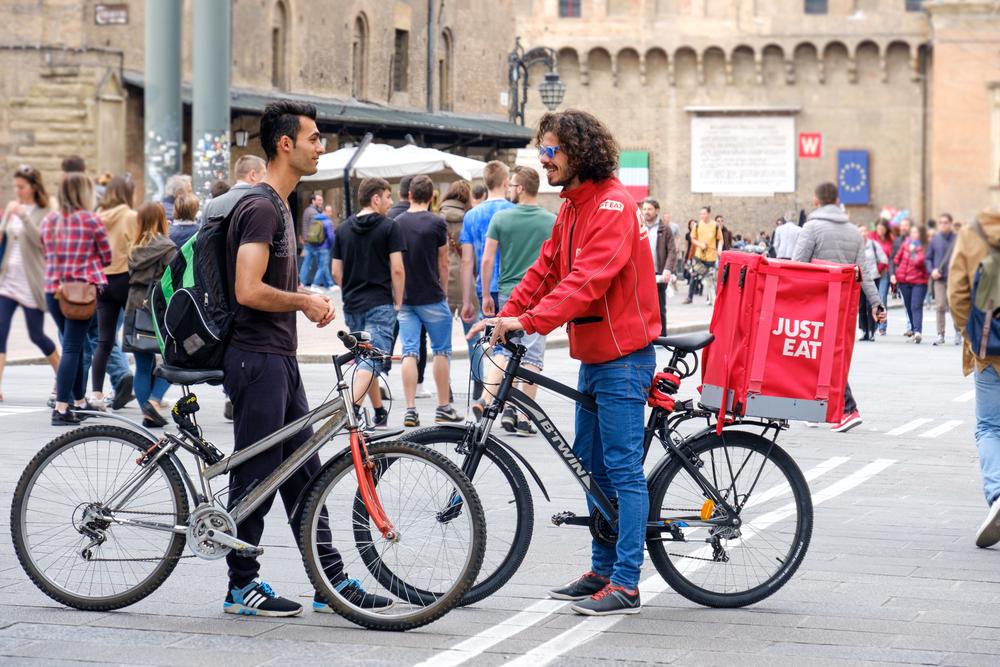 Just Eat (LON:JE) posted a sharp fall in pre-tax profits on Wednesday in its half year results, but shares remained in the green.

The results come just days after the business announced it had agreed in principle on the key terms of an £8.2 billion all-share deal with its rival Takeaway.com.

The 98% decline in pre-tax profit reflects its planned investments in delivery and iFood, Just Eat said.

The food delivery company added that half year revenue came to £464.5 million, up 30% compared to the first half of 2018.

Just Eat saw a recovery in UK order growth to 11.2% in the second quarter, giving 9.3% order growth for the first half.

Moreover, Australia returned to revenue and order growth in the second quarter, and Canada was profitable in the first half with continuing positive order momentum.

Did somebody say… Just Eat 🥡😋

https://platform.twitter.com/widgets.js
The company recently revealed that it will be offering delivery from Gregg’s stores through its service.

“We’ve been working at pace and made good progress in the first half of the year to become the preferred food delivery app for our customers, with a broader choice of restaurants, a better user experience and a more personalised and impactful approach to communication,” Peter Duffy, Interim Chief Executive Officer, commented on the results.

“Performance in our UK business strengthened in Q2, our Canadian and European businesses are performing well and Australia has returned to top line growth with our delivery operations achieving gross profitability. These are strong foundations for Just Eat to build on, as the business continues to drive forward,” Peter Duffy continued.