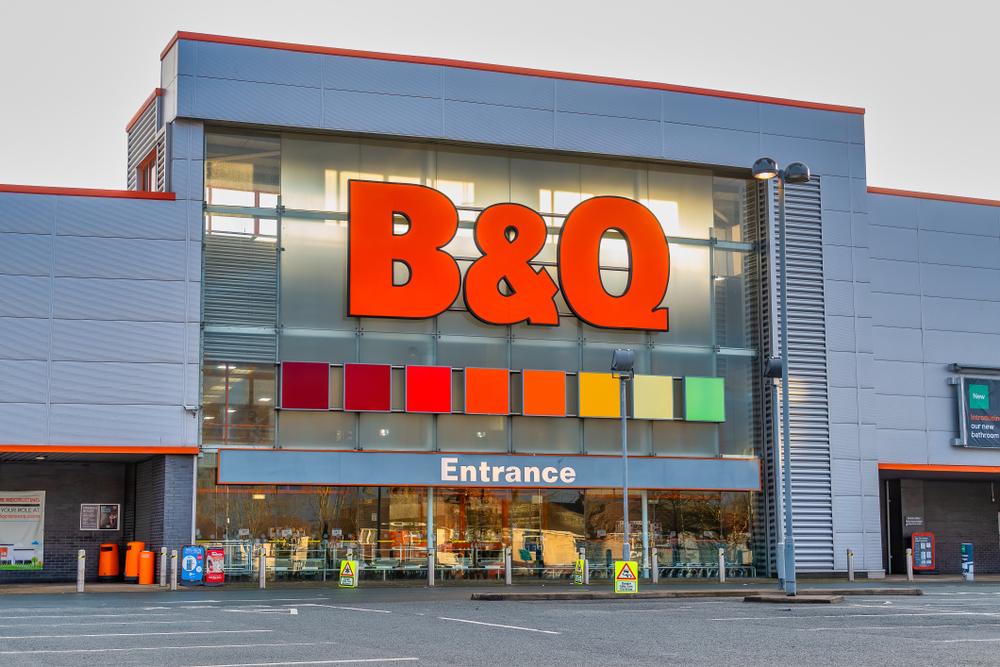 Hardware and DIY retailer, Kingfisher (LON:KGF) saw its shares slide as it built on its sales during the third and fourth quarters.

The company boasted “strong performance across all retail banners and categories, with growth in overall footfall and average transaction value”. With sales of £3.5 billion, Kingfisher reported 17.2% group-wide growth during the third quarter.

This was led by growth across all of its UK, French, Iberian, Romanian and Polish brands – and was led by B&Q, which reported 23.9% sales growth during the quarter. Kingfisher was also boosted by notable new trends in consumer habits, with its e-commerce sales increasing by 153% during Q3 – now comprising 17% of all sales – and click and collect spiking 216% – now making up 77% of all e-commerce activity.

Similarly, in the fourth quarter to-date, like-for-like sales growth continued, up 12.6% and “largely reflecting the impact of more recent temporary lockdown measures”. Despite the lockdown, the company said that all stores remain open.

Weighing on its balance sheet, Kingfisher repaid the £23 million it received under the government’s Job Retention Scheme. Similarly, it saw its sales in Russia contract by 12.3% during Q3, as it agreed to dispose of Castorama Russia for a consideration of £73 million.

In addition to lauding the company’s sales performance, CEO Thierry Garnier said: “At the same time, we have made good progress against our ‘Powered by Kingfisher’ strategic priorities – the early benefits of which are enabling us to meet the current strong demand, both in-store and online, and grow our share in key markets. I am thankful for the way in which our teams continue to respond to the immense challenges of doing business in today’s environment.”

“During the period we also furthered our commitment to supporting our communities. We continued to create jobs in our stores; we continued to make donations to charity partners and health authorities; and earlier this month we repaid £23 million received in the first half of the year under the UK government’s furlough programme. While there remains considerable uncertainty around COVID-19, we are confident in our ability to operate safely, to serve our customers, to look after our colleagues, and to protect our business.”

“Overall, we believe that the renewed focus on homes is supportive for our markets. Furthermore, we are confident that the strategic and operational actions we have taken so far are helping us to build a strong foundation for long-term growth.”

Following what appeared to be a positive update, Kingfisher shares dropped by 5.58%, down to 282.60p a share. This price is short of its 321.40p high seen in October, but around 7% ahead of analysts’ target price of 254p a share.

Analysts currently have a consensus ‘Hold’ stance on the stock; its p/e ratio of 39.12 is ahead of the service sector average of 33.27; and the Marketbeat community currently has a 59.95% “underperform” rating on the stock.