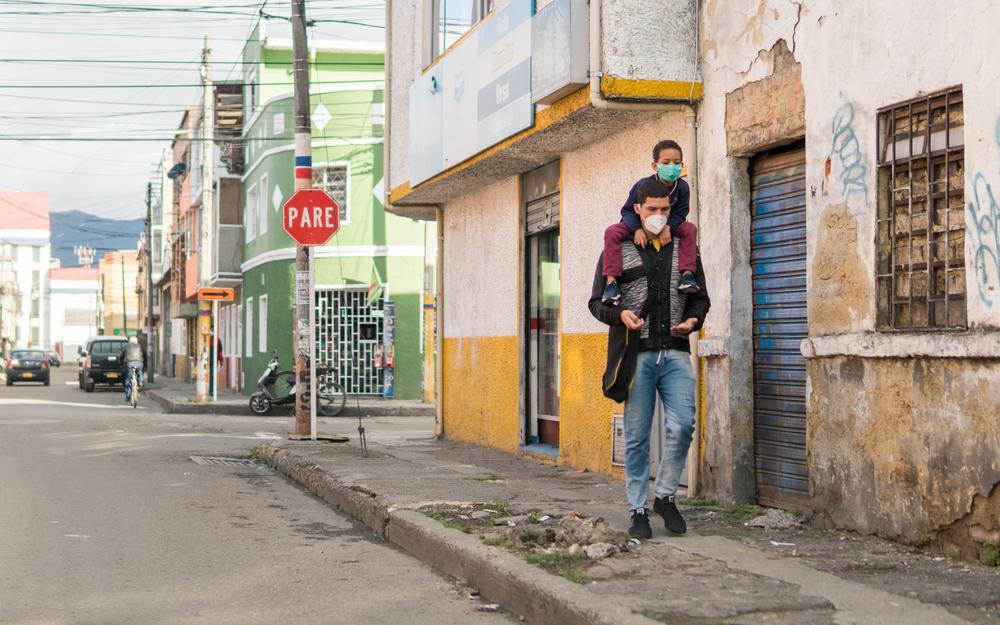 Ravaged by more than 8 million Covid-19 cases, and at least 328,000 reported deaths, Latin America’s virus crisis seldom makes the headlines in the UK media, yet it remains the most affected region in the world by the ongoing coronavirus pandemic.

‘The fear for many is that the region has tried to do too much, too soon’

According to the Turkish-run news broadcaster Anadolu Agency, Latin American countries make up some 28% of the 31.8 million confirmed cases globally, and almost a third of total deaths around the world. Out of the 15 countries with the highest death rate, 11 are located in Latin America or the Caribbean.

Recent forecasts from the International Monetary Fund (IMF) and the World Bank have expressed concern that Latin America and the Caribbean will suffer the most out of all the emerging-market economies worldwide in the post-pandemic recovery period.

In June, the IMF reported on the “steep” economic toll of the pandemic on Latin American countries, estimating that their cumulative economies will shrink by a record 9.4% in 2020, with only a mild +3.7% recovery next year.

Reuters reported this week that a recent projection by the Bank of America outlined a potential GDP decline of 8.2% across the region, which is worse than the predictions for the Middle East, Africa and Asia.

The two largest economies, Brazil and Mexico, have weathered their worst economic downturns since the Great Depression during the 1930s. Brazil is now facing a contraction of between 5-7%, while the Bank of Mexico released an estimate of a GDP drop between 8.8-12% for 2020.

Argentina, having been deep in a crippling depression before the pandemic hit after defaulting on its national debt for the ninth time in history, is expected to see a GDP fall of some 11% according to analysts at Citigroup bank.

So how can Latin America tackle the still-emerging economic impact of the pandemic? With widespread reports of the flouting of social distancing rules and pleas to convince the public to adopt masks in crowded places, the fear for many is that the region has tried to do too much, too soon.

Too much, too soon?

A report by the Washington Post earlier this month described the scenes on the ground in Buenos Aires – the capital city of Argentina – where “clusters of people, many without masks, were strolling and chatting” on the city’s crowded boulevards.

The country’s president, Alberto Fernández, began undoing months of strict lockdown measures in July, when he announced a return to “normal life”.

Despite initiating “one of the world’s strictest coronavirus lockdowns” early on in the year – warning citizens that “you can recover from a drop in the GDP, but you can’t recover from death” – the reception from the Argentinian public was, in some cases, worryingly apathetic.

There were frequent reports of lockdown violations, with some stores staying open during the pandemic, stating that online sales were not sufficient to keep businesses afloat.

The initial success in clamping down on Covid-19 cases quickly started to unravel, and infection rates began to soar again in the summer months.

People were reportedly “on edge” as the pandemic took on distinctly political undertones, with the Argentinian government blaming the rise in cases on lockdown breaches and opposition groups claiming that basic freedoms were being jeopardised.

Cooped-up and frustrated citizens flooded back to Buenos Aires’s streets as the lockdown came to an end. In the two months since the country reopened, Argentina has seen new coronavirus cases triple, now breaching an additional 12,000 every day.

Analysts have suggested that Latin American countries face the same challenges that we so often see in the context of right-wing conspiracy theorists in the United States, with “the same divisive individualism that has hampered a unified coronavirus response” to the pandemic across the pond.

Indeed, in Colombia there were reports of large parties attended by thousands in July, almost undoubtedly contributing to the late summer surge in cases there. A Peruvian mayor came under fire for being caught “going out, getting drunk, then playing dead in a failed attempt to avoid detection”.

Most infamous of all, travellers to Brazil have reported on swamped beaches, packed sidewalks and flagrant flouting of mask-wearing rules.

However, the sudden surge in cases is more than just a public health concern – it is also a big red warning sign that the region’s economic recovery is in peril.

Should public health officials convince governments to impose secondary regional – or even national – lockdowns, the inching progress made in recent weeks towards a healthier economy would grind to a halt, or perhaps reverse entirely.

What does the data say?

While the data on economic recovery differs across Latin American countries, there is a general sentiment that further lockdown measures could dash hopes of a return to pre-Covid economic normality in the near future.

The latest IHS Market Manufacturing Purchasing Manager’s Index (PMI) data for Brazil confirmed that the country’s manufacturing sector had been making significant strides in recovery into September, with “near-record expansions in new orders and production, alongside a return to growth of export sales”. Companies also widely “stepped up hiring and purchasing activity, with optimism towards future output also strengthening”.

In fact, the PMI rise from 64.7 in August to 64.9 in September represented “the strongest improvement in the health of the sector since data collection started in February 2006”.

Commenting on Brazil’s data, Pollyanna De Lima, Economics Associate Director at IHS Markit, emphasised that the country had been forced to overcome significant demand and supply challenges as a result of the pandemic:

“There were clear signs that operating capacities came under pressure, among manufacturers and in supply chains. For producers, this was evident from a record rise in backlogs of work, while vendors were unable to deliver purchased inputs in a timely manner. Panellists commented on COVID-19 related workforce shortages at suppliers, as well as a lack of available raw materials”.

Should Brazil’s government opt to implement another lockdown, the supply chain issues which threatened the country’s manufacturing sector during the peak of the pandemic may well rear their ugly heads once more.

33,269 new cases were recorded in Brazil this Wednesday, with an estimate of almost half a million active infections. Reuters reported that the country had seen more than 1,000 deaths in just 24 hours. Meanwhile, speculation mounts if further restrictions are imminent after Rio de Janeiro cancelled its annual Carnival parade for the first time in more than 100 years over social distancing concerns.

‘Where growth was anticipated, however, that was contingent on a gradual recovery from the coronavirus pandemic and softer restrictions domestically and externally’

Mexico’s PMI data followed along a similar line to Brazil’s, with “renewed optimism towards future output and softer contractions in new orders, input buying and employment”, and a marked improvement from 41.3 in August to a six-month high of 42.1 in September.

But, as with Brazil’s encouraging healing arc so far, De Lima warned that Mexico’s economic recovery very much hinges on “softer” measures to combat the new surge in Covid-19 cases.

“Following six months of pessimism, companies on average became optimistic that output will increase over the course of the coming 12 months. Where growth was anticipated, however, that was contingent on a gradual recovery from the coronavirus pandemic and softer restrictions domestically and externally”.

4,446 new cases were recorded in Mexico on 30 September, with some 130,000 active cases currently on health officials’ radars.

What does this mean for Latin America’s long-term future?

A decade ago, the head of the Inter-American Development Bank, Luis Alberto Moreno, predicted that the 2010s would see Latin American countries finally thrive.

Just last week, however, the same man stated that the region had missed this “rare opportunity”, citing comparatively low investment in infrastructure, high prices and the “dismal” quality of public services, as well as the stagnating quality of education available to aspiring young professionals.

The coronavirus pandemic may not be solely responsible for the setback, but it has certainly jeopardised hopes that Latin America might be able to make the incoming 2020s its success story decade.

A number of countries, including even the region’s economically-strongest – Brazil and Mexico – now turn to face the next decade from a disadvantage, having suffered heavily from lockdown measures and with a full recovery not expected for years to come.

Of course, the crisis does also offer an opportunity to make some changes to ensure Latin America can indeed thrive in the future.

Reuters draws attention to the pandemic’s brutal force as “exposing deep-seated structural problems that now must be addressed with far-reaching and long-overdue reforms in education, healthcare services and the implementation of the rule of law”.

Perhaps Latin American countries can seize this opportunity to address long-held socio-economic grievances – including high poverty rates, subpar infrastructure and poor education – and help to lay the groundwork for a stronger economic resurgence in the coming years.

As with it seems everything lately, the future is all but guaranteed. That being said, Latin America faces a particularly steep uphill battle towards economic recovery.

While it may be tempting to see this as a burden, there is some merit in the view that the coronavirus pandemic could shake up the status quo to the point that the poverty, inequality, and economic instability which have plagued the region since the end of the colonial era can finally start to be undone, and Latin America’s cumulative economies could get a long-awaited chance to shine.