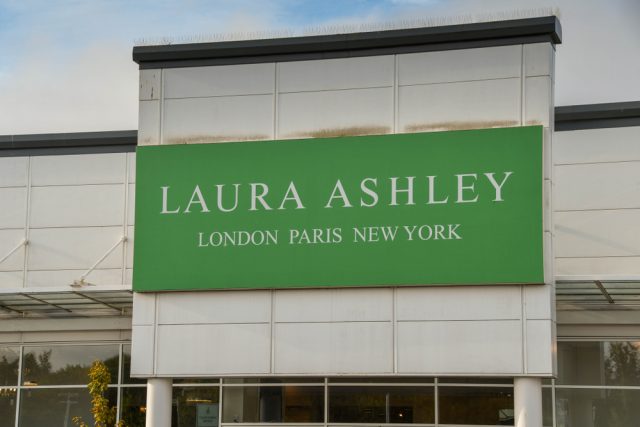 Laura Ashley (LON:ALY) have posted their interim results on Thursday, following a busy week for the firm.

The British firm said that its performance slipped in the first half of its financial year – but has remained confident in its ability to meet expectations.

The firm said: “There have been market challenges for our business which have impacted these results during the current financial year. The decline in total revenue was due to the market headwinds and weaker consumer spending during the period, which led to a decline in sales of bigger ticket items. Whilst these results are disappointing, we believe that with the right focus and support, Laura Ashley has a strong future and can be successful again.”

The textile and clothing company reported that they had seen a pretax loss of £4 million in the six month period to December 31 2019.

On a like for like basis, retail sales also dropped by 10% – which reflects a tough British retail industry combined with a cut throat high street which has seen the collapse of a few firms over the last few months.

The firm said that margins during the first half were hurt by a weak pound against the dollar as well as an increase in UK domestic costs.

“Over the past year there have been well documented market challenges facing the retail sector. Similarly at Laura Ashley, we have seen a combination of factors impact our results, ranging from higher costs largely driven by the Brexit uncertainty, minimum wages and business rates increases.

In the Autumn of 2019, we carried out a Strategic Review of the business to set the future direction of the company and return Laura Ashley to the great British brand that is known and cherished around the world. This review identified six areas of focus: improving our brand and customer strategy, accelerating digital, increasing store productivity, improving products and trading, growth opportunities, and focusing on our organization and culture.

We are focused on developing Laura Ashley as a true lifestyle brand that embraces and reconnects  with our traditional values and our strong British heritage.”

In another update today, the firm also announced that Katharine Poulter, current Chief Operating Officer of the Company, will be appointed as Executive Director and Chief Executive Officer with immediate effect.

The firm added: “The Board would like to take this opportunity to thank Mr. Ng for his contribution as Executive Director and Chief Executive Officer during his tenure with the Company and to wish him the very best in his retirement.”

At the start of the week, Laura Ashley saw their shares crash following intense media speculation. The announcement was made on Monday in response to “speculation regarding its financial position.”

Yesterday, the firm told the market that it had secured approval to utilize funds from its working capital facility with Wells Fago. The funds that had been approved met its immediate funding requirements, following the statement issued on Monday.

Laura Ashley further reenforced their position that this did not constitute a cash injection by MUI Asia into the company.

The results today have followed a week of intense speculation over the survival prospects of the firm.