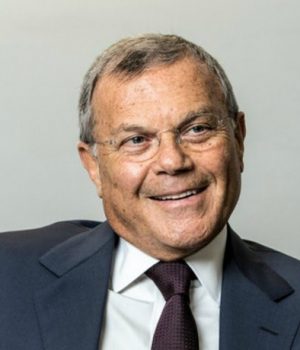 After Sorrell was forced to leave advertising giant WPP (LON: WPP), he swiftly created his own venture that he said would be “the best form of revenge” against his former employer.

The first acquisition that S4 Capital carried out was in acquiring the Dutch agency, Media Monks.

“This represents a significant step in building a new age, new era, digital agency platform for clients,” said Sorrell about his first deal at S4 Capital.

“MediaMonks’ roots are totally in new media, and data, content and technology. Our next moves will be to build this platform further and to add meaningful data analytics and digital media buying. The company will be a unitary one with MediaMonks as its core.”

On his latest deal, he said: “The merger with MightyHive marks an important second strategic step for S4 Capital. The peanut has now morphed into a coconut, and is growing and ripening.”

“Clients of all kinds want services delivered faster, better and cheaper, by more agile and responsive organisations,” he added.

MightyHive made $41 million in revenue and $11 million in profits in the year ending 31 October.

Sorrell was forced out of WPP following an investigation into alleged personal misconduct. He was the longest-serving FTSE 100 chief executive.

WPP employs more than 200,000 staff in 400 businesses working in 112 countries. It is the world’s biggest advertising giant.