Home News May rules out two-tier backstop amid Brexit debacle 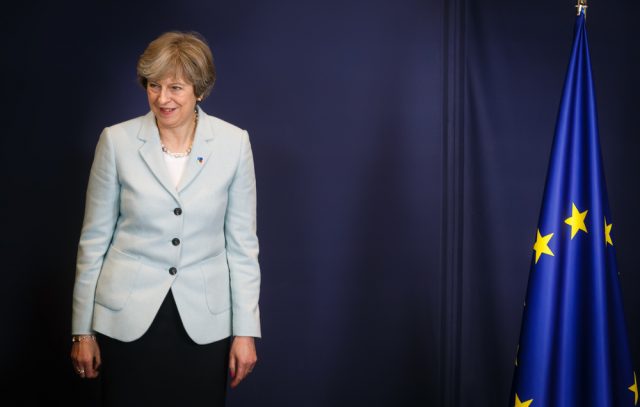 With Brexit ‘divorce talks’ well under way, prime minister Theresa May reaffirmed her position that no deal would be made that sets Northern Ireland apart from the rest of the UK, regarding trade relations.

In the forever-hindering and sensitive saga that are customs negotiations, May has categorically ruled out a customs deal that puts regions of the UK on different tiers.

Much to the comfort of her DUP counterparts, the prime minister has said a deal to keep the Northern Irish ‘backstop upon a backstop’ in place would be a deal that no UK prime minister could ever accept.

Despite the apparent elephant in the room, May has said in a speech to MPs that an EU Withdrawal Agreement is 95% complete.

‘the shape of the deal across the vast majority of the Withdrawal Agreement is now clear.’

The prime minister now calls for a substantive attitudinal shift from her colleagues in the EU27, while turning back to her DUP peers to tell them that she will not cross the ‘blood red line’ that could topple her government, nor would any backstop or transition deal be never-ending.

This latest deal offering – which would have to be a separate legal agreement to the Withdrawal Agreement – was tabled by the EU to reignite stalled talks, but in spite of the EU27’s best efforts to play down the divisive nature of the legal article, UK politicians look set to stand firm against a deal which practically amounts to extra electronic controls on goods passing between mainland Britain and Northern Ireland.

Yesterday in Commons, the prime minister laid out four conditions that must be met for an agreement to be reached. Among which, May demanded there be a “commitment to a temporary UK-EU joint customs territory legally binding, so the Northern Ireland only proposal is no longer needed”.

In the next draft of the Withdrawal Agreement, it is understood that references to Northern Ireland being part of the EU’s “customs territory” will be dropped, however the possibility of a Northern Ireland-only backstop has been noted for the future, the parameters of which would be set out in a separate annexe abiding by the EU’s Union Customs Code.

In regards to ruling out a Northern Irish backstop within the Withdrawal Agreement itself, EU sources told RTE News this would not be possible on grounds of temporal constraints.

“That’s complicated,” one EU source said, “It’s much more complicated than it sounds.”

“The first point is the legal basis. You can’t do it under Article 50. That’s always been our stance. The second point is the practical aspects. It’s very complicated to work out all the details in a short period of time. These things need to be negotiated properly.”

Setting aside the boorish mindset of the UK’s inflated worth, what the EU is asking is for the UK to clarify which parts of the UCC it is willing to compromise on – for instance, whether the UK plans to sign its own trade agreements or profit off of the EU’s FTA’s, and whether the UK will be part of new trade negotiations during its limbo period.

Similarly, time pressure makes the task of resolving regulatory issues nigh-on impossible. For a comprehensive single tier backstop to be put in place, there would have to be an alignment of the EU’s single market rules, and the time-frame of current negotiations do not allow for such adjustments to an entrenched legal framework. The only solution would be for the UK to take an ad hoc approach and adopt an off-the-shelf model such as the trade arrangement the EU has with Turkey – the terms of which the UK would never accept.

Going into the next round of talks in Brussels, the head of the UK negotiating team, Olly Robbins, will surely hope Mrs May will quit her trigger finger on the bravado gun. While she faces stern opposition at home, arrogant and empty promises in Commons will only serve to antagonise any progress with the EU negotiating team.

With the gift of hindsight, one can bleat in futility that the UK should have had some plan going into the Brexit referendum. However, the reality today is that a happy medium needs to be found between a practical compromise behind closed doors and quasi-nationalist fodder to drown out the baying of Commons critics of all persuasions.