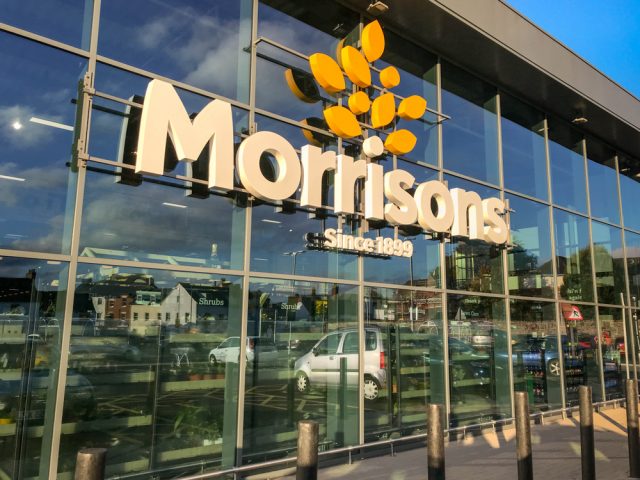 Morrisons (LON:MRW) posted a first quarter trading statement on Thursday in which it cited the political and economic uncertainty that continued to impact consumer confidence.

Total sales excluding fuel came to 2.4%. During the key Easter period, like-for-like sales were up 1.7% compares to the same period a year prior.

Morrisons noted the political and economic uncertainty to hit the UK, but insisted its retail sales performance was “robust”.

The additional extension of the UK’s departure from the European Union has only prolonged the political uncertainty that hit the nation.

“We are improving the shopping trip and becoming more competitive for customers, and are pleased with another quarter of positive like-for-like sales,” David Potts, Chief Executive, commented on the results.

“We will continue this important work, including on those favourite items we know our customers want to buy at Morrisons,” David Potts continued.

Morrisons said that it expects the market to remain competitive and challenging during the year ahead. It said that its second quarter results will have to compete against last year’s favourable summer weather and England’s World Cup success.

Elsewhere in the industry, data from Kantar revealed that Asda has overtaken Sainsbury’s (LON:SBRY) in main store sells.

Sainsbury’s £7.3 billion takeover of Walmart owned Asda (NYSE:WMT) was recently blocked by the Competition and Markets Authority because it risked creating a “poorer overall shopping experience.” The CMA said that consumers would not benefit from the merger due to an expected increase in prices, reductions in the quality and range of products on offer and a poorer shopping experience for UK consumers.