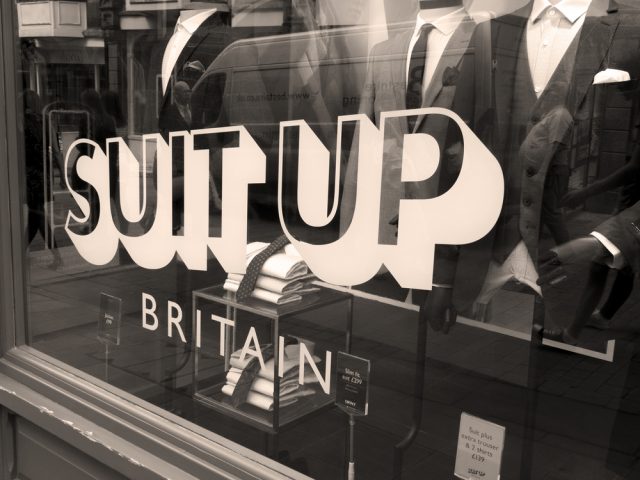 Moss Bros swung to a £4.2 million loss for the year in its latest annual results, blaming warmer weather and a “volatile” trading environment.

The mens suit retailer said that total group revenue (excluding VAT) for the 52 week period to 26 January, fell 2.1% on the previous year at £129.0 million.

In addition, group like-for-like sales totalled £140.2 million during the period, declining 4.3% compared to a 1.6% rise a year ago.

Moss Bros said that e-commerce had grown by 19.6%, now representing 14.5% of total sales as shoppers increasingly turn to online mediums.

Overall, the company reported an adjusted loss before tax of £0.4 million, compared to a £6.7 million profit the year before.

Moss Bros posted a loss before tax of £4.2 million after adjusting items of £3.8 million.

As a result, the company said that the board had not recommended a final dividend payment, citing a ‘volatile trading environment’.

“It has been an extremely challenging year for the business on many fronts, but I am confident that we have made significant progress in a number of areas of the business.

He added that this was the first time since 2010/11 that Moss Bros had reported an adjusted loss ahead of tax.

“As previously reported, we suffered from a combination of a significant stock shortage and extremes of weather, alongside sporting distraction in the first half, which impacted footfall into our stores. Whilst we were able to improve our performance in the second half of the year, this was in part as a result of adopting a more aggressive trading stance in reaction to competitor activity.”

“we continue to anticipate an extremely challenging retail landscape, particularly within our physical stores, as a result of reduced footfall and rising costs. Alongside the macro trend of more retail transactions moving online, we expect the uncertain consumer environment and significant cost headwinds to continue.”