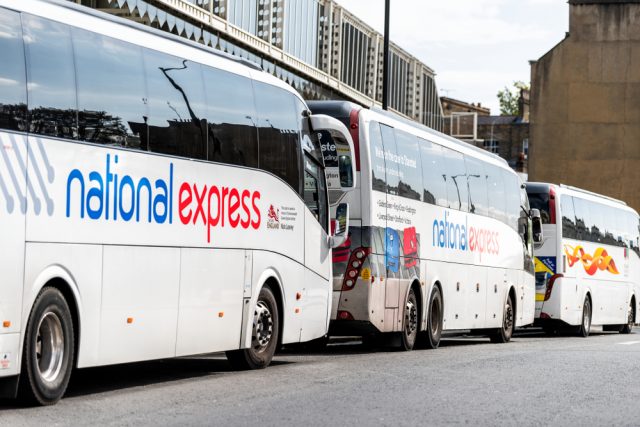 National Express Group PLC (LON:NEX) have seen their shares in red, despite a strong update from the firm.

The transport operator said that it has reached record results in 2019, as all businesses have thrived.

Looking at the figures, National Express told the market that 2019 revenue was £2.74 billion, which sees a 12% climb year on year.

The firm set a final dividend payout of 11.19 pence per shares, giving the yearly total a sum of 16.35p.

“National Express has again delivered a record set of results. Revenue and profit are up strongly and free cash performance has beaten our expectations. All businesses have delivered organic growth. I am particularly pleased with North America achieving a 10% margin and significantly increasing the number of customers rating their services five-star. The Group is also carrying significantly more passengers.

Major contracts were retained in North America and Spain. We became Morocco’s largest urban bus operator, with new contracts in Rabat and Casablanca more than tripling the size of our operations when fully mobilised. UK coach won its first overseas contract and West Midlands bus is adding routes and growing its accessible transport business.

We combined organic growth in every division with continued diversification into complementary markets, such as our major WeDriveU acquisition which has grown revenue by over 30%. Each division has a strong pipeline of new acquisition and contract opportunities to target this year.

As industry leaders we are delighted to make major pledges in the shift to zero emission vehicles. National Express will not buy another diesel bus in the UK and lead the transition to zero emission coaches. Our ambition is for our UK bus business to become zero emission by 2030 with UK coach by 2035. We believe these commitments are not only the right thing to do, but will also help strengthen the position of quality public transport in the communities we serve.”

In a separate update today, National Express also pledged not to buy any more diesel-engine buses in the UK.

The firm expressed its intentions to become a carbon neutral firm. National Express want to have a zero emissions UK bus fleet by 2030 and a UK coach fleet by 2035.

Notably, the company always wants its first electric coach operations in the UK by 2021, and will be looking to transition to electric coaches in 2021.

“Bus and Coach travel is already one of the greenest ways to get around, with each bus removing up to 75 cars from the road. National Express has already invested in clean buses and coaches and kept fares low to support a shift from private cars to mass transit. Working through our West Midlands Bus Alliance we have achieved the fastest passenger growth of any major city-region in the country, demonstrating its success.

However we understand the imperative to go much further, so we are today setting out an ambition to be the first zero emission transport group in the UK. Our decision to never again buy a diesel bus in the UK coupled with our support in leading the zero emission transition in coach will place our UK operations at the forefront of efforts to tackle climate change and poor air quality. We simply believe this is the right thing to do for our customers, the communities we serve and our stakeholders.”