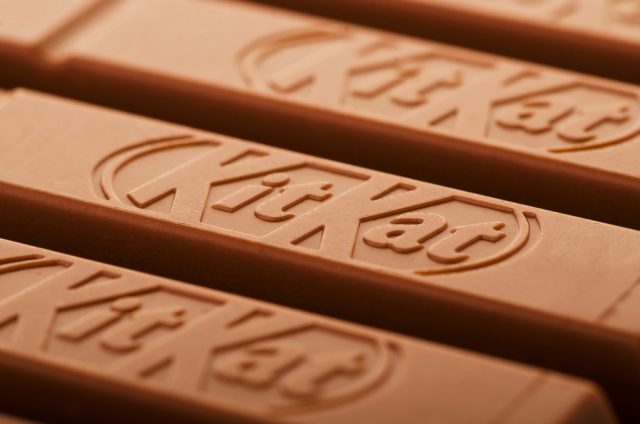 Nestle (SWX:NESN) has said that the success of its KitKat chocolate means it does not need to add any new businesses to its portfolio.

Nestle sold its U.S confectionary business to Italy’s Ferrero in a $2.8 billion deal last year. The sale was made to push Nestle closer towards more health-conscious products.

Shares in the company were trading slightly lower on Tuesday at almost -1%.

Today Nestle’s global head of confectionary, Alexander Von Maillot, told journalists on a call that the company “is very well positioned with our portfolio.”

“At 9% (organic sales growth in 2018) KitKat is strongly outperforming the market. We are convinced we can continue this,” he said.

KitKat is the biggest brand in Nestle’s confectionary portfolio, bringing in over one billion Swiss francs in sales. The company expects the high sales to keep growing.

As a result of the strong performance of its KitKat brand, the company does not need to fill the confectionary-shaped gap that was left following the sale of its U.S candy business.

Last year, Nestle announced that it was set to make additional cuts to sugar, salt and saturated fat quantities in its products. This was decision was made in an attempt to draw in health-conscious customers. It said that it aimed to reduce sugar by a further 5%, in addition to the over 34% reduction made in 2000. Additionally, it said that it aimed to cut salt by a further 10% following the 20% reduction made in 2005.

Nestle is not the only company seeking to align itself with the health industry. Pepsi also announced last year that it would buy the drink-machine maker SodaStream for $3.2 billion to compete against rival Coca-Cola for healthy beverages.

As more consumers are pursuing a healthier lifestyle, food, beverage and confectionary companies have had to shift their products to meet this growing demand.