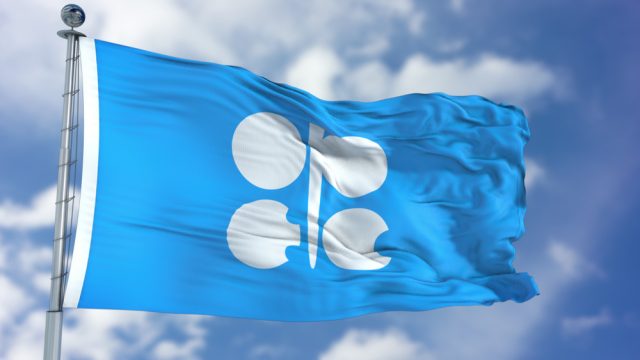 Leaders of OPEC member states meet in Vienna on Monday to decide whether to extend the deal which places a cap on oil production volumes. The deal was struck in December 2018 and enforces a cut on oil production by 1.2 million barrels per day.

In the lead-up to the talks on the 1st of July, it appears likely that leaders will agree to extend the deal by either six or nine months. Only a day before the talks, United Arab Emirates Minister of Energy and Industry Suhail al-Mazrouei corroborated these ideas with a statement to Austrian press. He commented:

“The current condition of the market, in my view, would require an extension,”

Further, Russia will be present at a second meeting for non-OPEC members taking place on the 2nd of July. Prior to both talks, Russian leader Vladimir Putin spoke with Saudi Crown Prince Mohammed bin Salman at a G20 summit in Japan and later told press of the two countries’ intentions,

“We will support the extension, both Russia and Saudi Arabia ”

Following what has been an event two weeks for big oil players, Iran has today voiced its concerns surrounding a paradigm shift within the oil cartel – namely a shift towards Saudi-Russian cooperation and a shunning of what could be dubbed both smaller OPEC contributors and also more contentious members such as Iran.

He then told Austrian media today, “The important thing to me is that OPEC remains OPEC. It has lost its authority and it is on the verge of collapse.”

Iran is not averse to controversy, and certainly ignores Norman Angell’s rubric that conflict is bad for healthy international trade. With relations in the region already strained with a plethora of regional and international disputes – the US vs Iran and the nuclear non-proliferation dispute, Iran’s involvement in regional conflict in Iraq and recent allegations of shooting down a US drone to name a few – it isn’t beyond belief that today’s discussions are almost more important diplomatically then economically.

“It is something that the heavyweights in OPEC wanted so I would say the Gulf states, Saudi Arabia, UAE, the big non-OPEC player Russia… This is what they were looking to do but I think that is precisely why Iran is drawing the line in the sand on this.”

“They have basically said they don’t want OPEC decisions being made by a small number of countries outside the secretariat. They are looking to take OPEC decisions back to Vienna, back to the OPEC secretariat and have all members involved in the decision-making process,”

“Iran’s game is try and keep as many friends as it can in Europe, and if it creates a military incident or a blockage on supply, it will lose those European friends very quickly,”

“I think the best Iran can do is wait for another president in the United States because for (Donald ) Trump, Iran is the perfect flag to wave to his base in the U.S. voting public, that’s what it is for him, ”

“So, he can just keep the pressure on them as long as he likes. There’s no pressure on Trump to do a deal here at any point.”

So, it would appear Iran are going to have to continue watching their quarters on all sides as they are framed as the comic-book villain by the US on one side, and the strength of their alliances teeters on the other.

Outside of OPEC, more attention should be paid to the shelf life of the currently booming output of US oil, and despite the implications for market confidence, more should be done to prepare for the inevitable plateau of non-OPEC and non-Russian shale production.

As it stands, oil prices have jumped on the day of the OPEC meeting, with international benchmark Brent crude futures up 2.58% to $66.41 per barrel and US crude futures spiking 2.46% to $59.91 per barrel.