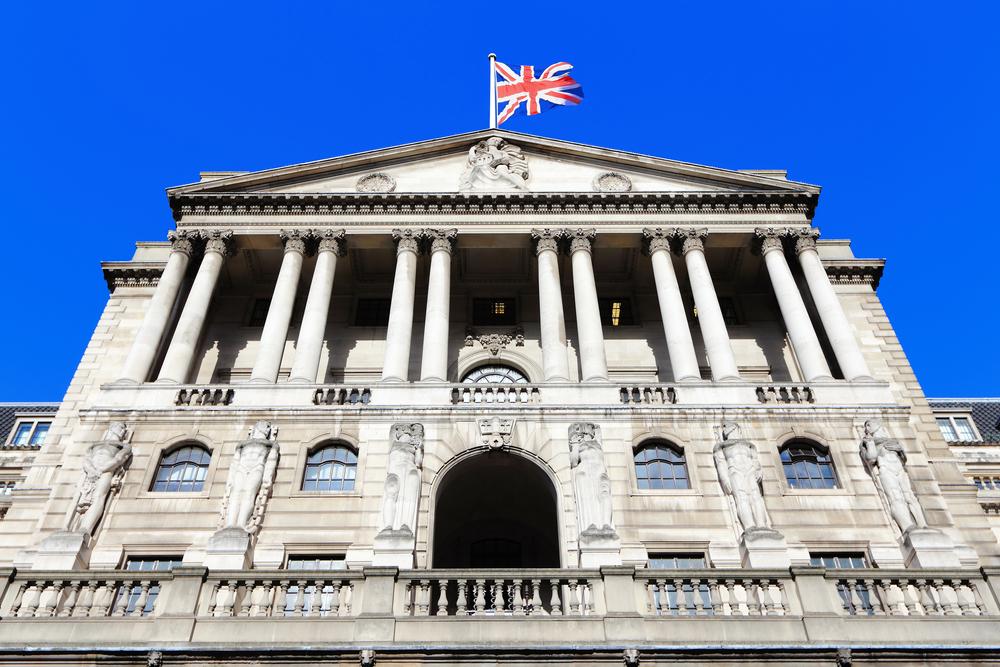 Members of the public gathered outside of the Bank of England on Thursday to protest the bank’s failure to back up its green recovery promises with action.

Protesters amassed on Threatneedle Street as the Bank of England announced its decision on QE and interest rates, as well as its Financial Stability Report. Many were seen holding Andrew Bailey masks and speech bubbles with the Governor’s statements about the need to decarbonise and seize the opportunity for a green economic recovery. While others called on Bailey to, “put your money where your mouth is”, with others reminding the bank of its environmental report, which stated that economic stability could not exist without climate and environmental stability.

However, despite the protests, the latest Bank of England FSR made no reference to climate risks, other than to say that it would be delaying its climate stress tests until 2021.

What has been done wrong?

Despite pledging to support the ‘Build Back Better‘ initiative, research posted by Positive Money indicates that the majority of the bank’s financial support is currently going towards high-pollution sectors, who also feature some of the biggest companies laying off high numbers of staff.

Research from the New Economics Foundation also noted that £11.4 billion of the Bank of England’s QE programme had gone towards high-carbon companies, while research form Positive Money indicated that more than 56% of the bank’s Covid Corporate Financing Facility had gone towards bailouts for airlines, and oil, gas and chemical companies.

“Andrew Bailey understands that environmental breakdown poses an existential threat to economic and financial stability, but he is failing to put his money where his mouth is. It is hugely disappointing that the Bank of England is putting climate on the backburner when it has such a huge opportunity to do something about it.”

“Not only is the Bank of England failing to protect people and planet, it’s also putting corporate elites ahead of the rest of us, giving billions of pounds of no-strings-attached bailouts to firms which have splashed out on dividends while slashing tens of thousands of jobs.”

“If the government truly wants to ‘build back better’, it needs to make sure all of the powerful tools at our central bank’s disposal are geared towards supporting a fairer and greener recovery. Doing so is the only way to make sure the coronavirus crisis isn’t followed by an even bigger climate crisis.”

What can the Bank of England do better?

According to a YouGov survey commissioned by Positive Money in July, some two thirds of the public supported socially and environmentally conditional financial bailouts.

Perhaps what could have been done is, alongside pledges to retain jobs, companies could have incentivised via a ‘negative’ payback initiative. Whereby, they would pay back more or less money to the Bank of England, on the basis of how much of their operations become decarbonised in the next five years – for instance, the relative scale and commitment BP puts into its renewables push – with the worst performers paying back what is owed, plus interest, and potentially even an additional levy.

In addition, there needs to be a greater push to increase company’s financial responsibility and self-reliance. While maximising profit is an understandable goal, there needs to be greater consideration for posterity. Much as individuals have had to supplement government support with their own savings, the far more able multinational companies ought to be to carry their own weight during an economic downturn, and this is certainly achievable if they assign a portion of their earnings every year into an internal crisis fund for rainy days. Such policies, I believe, should be mandatory, and another conditionality for receiving government support. Alas, the Bank of England reneging on its promises, and today’s protests, are a reminder of what can only be seen as a – thus far – missed opportunity, and the bank needs to do better if and when another round of financial support is called for.