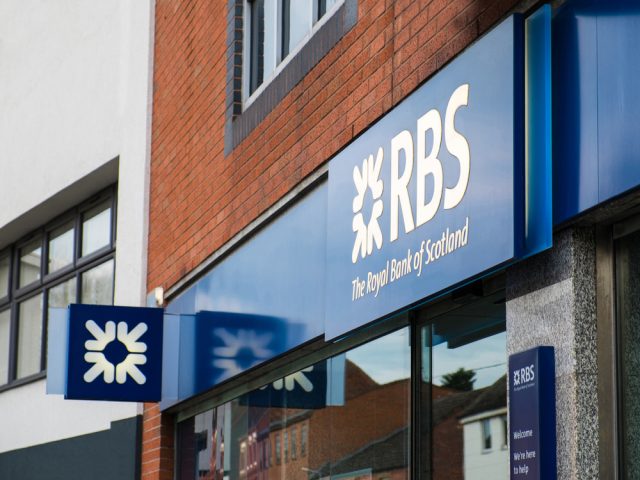 RBS (LON:RBS) are set to continue the trend of highstreet withdrawal, and close 54 more branches in addition to the 162 closures previously announced for this year, with the loss of 792 jobs.

The next round of closures will be of 53 branches in November. The 54 closures announced today will be brought into force in January and cost 258 jobs, with the highest concentration of these being in the region surrounding Manchester and Liverpool.

The closures have been attributed to failed plans to float off a new challenger bank called William and Glyn.

An RBS spokesperson said, “As we are no longer launching Williams & Glyn as a challenger bank we now have two branch networks operating in close proximity to each other in England and Wales – NatWest and Royal Bank of Scotland.

“As a result we have reviewed our overall branch footprint in England and Wales and have made the difficult decision to close 54 Royal Bank of Scotland branches.”

RBS then said they would “ensure compulsory redundancies are kept to an absolute minimum”, and that there would be no more closures “until at least 2020”.

In response to the news and RBS’s comments, Unite’s National Officer Rob MacGregor has said, “It is utterly disgusting that Royal Bank of Scotland has the audacity to announce that yet more important local bank branches will permanently close their doors.”

He said that this is compounded misery for communities across England and Wales, “that have already seen the demise of local banking services”.

Additionally, “The disabled, elderly and many local businesses will today be deeply disappointed that their bank has chosen to withdraw from their community and no longer provide them with the access to banking services which we all deserve.”

In light of the news RBS have done well in trading today, with their share price currently  at 251.4p, up 4.9p or 1.99% since trading began.