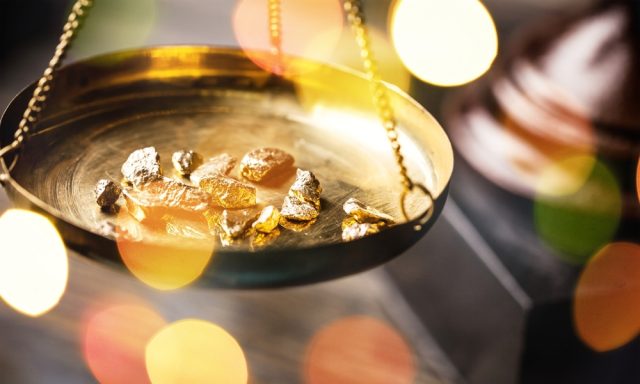 Resolute Mining (LON:RSG) have guided for a larger production capacity in 2020 in an update on Monday.

The firm said that they are looking to increase operations at the Syama and Ravenswood mines.

Resolute outlined an all-in sustaining cost figure of $1,090 per ounce for 2020, however this figure is still being calculated.

At the Ravenswood operations, the initial stage of expansion has allowed a rise in processing capacity which has led to a 2020 target production figure of 80,000 ounces of gold, nearly double on the 2019 figure.

At Resolute’s other mine, Mako in Senegal, the company sees mining and processing carrying on at similar rates in 2020 to 2019, though grades will be lower due to depletion of higher-grade stockpiles.

However, the 2019 figure includes Mako production since Resolute took it over in July, in the $270 million acquisition of Toro Gold. In 2018, Mako produced 156,926 ounces of gold.

“Production guidance for 2020 of 500,000 ounces is a significant milestone for Resolute. Following completion of the repairs at Syama in late 2019, we have started 2020 with all our operations operating at nameplate capacity and generating positive cashflows. Strong operating cashflows, and reduced capital demands, will support a stronger balance sheet and create further opportunities for Resolute’s growth and ambition.”

Last week, the firm said that they remained confident to pull results out of the bag despite missing their annual production target.

Resolute reportedly missed their production guidance after they saw problems at their operations in Mali, which stagnated production and supply lines.

In the three month period, ending in December the firm reported production of 105,293 ounces of gold which saw a 2% rise.

Looking at the yearly figures, the report was a little disappointing. Annual production totaled at 384,371 ounces which fell short of the guidance which was given by Resolute around the 400,000 benchmark.

The firm was quick to defend itself as it said that production volumes lost in 2019 would be made up across 2020 as the firm looked to please shareholders about the resilient nature.

The Syama mine, which is located in Mail accounts for over 50% of total production or Resolute and henceforth the disruptions significantly skewed production totals.

The power supply agreement with Aggreko PLC (LON: AGK) is giving the chance for Resolute to make stay progress.

“A key component of our cost reduction strategies at Syama is the provision of lower cost power. We can now look forward to significantly lower energy costs, in line with our life-of-mine feasibility study expectations, as we focus on maximising the efficiencies of our new automated underground mine. Together, these initiatives, will allow us to deliver lower unit costs as well as providing an environmentally friendly, capital efficient expandable power solution for Syama.”

The approval also of a new Financial Officer, named as Stuart Gale was also another impressive announcement from the firm.

Gale will be joining from Australian iron ore company Fortescue Metals Group (Ltd ASX: FMG) where he was group manager for Corporate Finance for nine years since 2010.

The renewed optimism for Resolute has certainly paid off, and now shareholders will be expecting these production targets to be hit in consequent updates across the year.