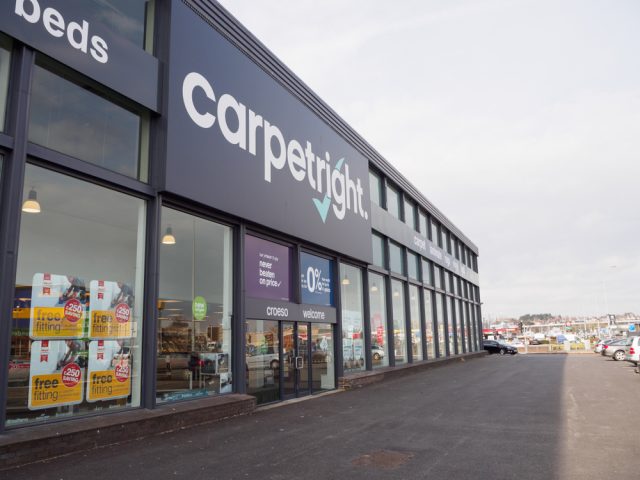 Carpetright announced on Thursday that its overall trading performance for the 12 weeks to 20 April remain in line with expectations, causing its shares to soar.

Shares in the company were trading over 37% higher on Thursday following the announcement.

The company’s UK like-for-like sales improved significantly in the fourth quarter, when compared to the year to date. This was driven by consumer confidence in the group – which returned following its restructuring last year, Europe’s leading specialist carpet and floor coverings retailer said.

Last year, the struggling company revealed new plans to raise £60 million in order to assist in restructuring the group. By the end of April last year, it had issued its fourth profit warning in five months, causing shares to crash. The business warned that its full year losses were to be double than that previously anticipated.

As for the rest of Europe, the company’s trading was supported by a strong performance in the Netherlands, and continues to remain ahead of its performance during the same period a year prior.

“This has been a transitional year for Carpetright and we remain on track both with our recovery plan and our strategic initiatives. The actions taken are driving improvement, particularly in the invested store estate, and the brand remains strong,” said Wilf Walsh, Chief Executive of Carpetright.

“Whilst consumer confidence remains challenged in the UK, the work we have done to reposition the business is starting to deliver the benefits necessary to put Carpetright back on the path to sustainable profitability,” the Chief Executive continued.

The company announced at the start of the year that its overall performance aligned with expectations amid uncertain trading conditions, in addition to revealing a directorate change.

Established in 1988, Carpetright is listed on the London Stock Exchange.