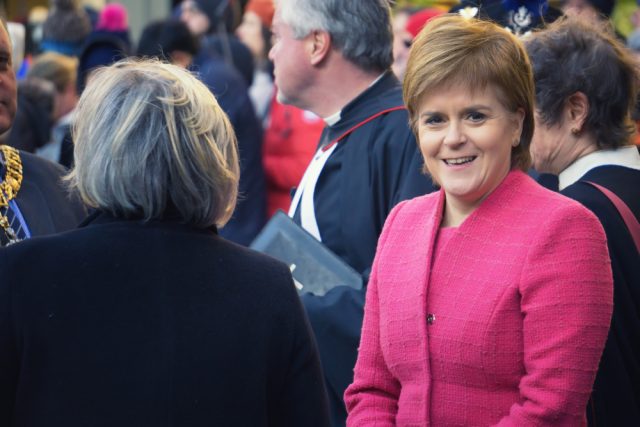 SNP membership has overtaken the Conservative party for the first time.

According to the House of Commons Library data, the Scottish party have pushed past the Conservatives with just under 125,000 members compared to 124,000 for the Tories.

“The latest available data shows that membership of the SNP (August 2018) has surpassed the latest reported figures for the Conservatives (March 2018),” tweeted a House of Commons Library spokesman.

The party is now in third place in the UK. Labour remains most popular with 540,000 registered members.

Nicola Sturgeon responded to the news and said: “Wow – the SNP is now officially the second biggest party in the whole of the UK.”

A Conservative spokesman said that the party would not comment on the recent House of Commons estimates.

The party’s success in overtaking the Conservatives comes amid the reaction among many Scots to the referendum campaign.

Derek Mackay, MSP and SNP business convener, said: “Over 7,000 people joined the SNP in just five days in June, propelling us ahead of a waning Tory party which is at risk of imploding completely over Brexit.”

“Like the extraordinary membership surge of 2014 joining the SNP has once again become not just a powerful symbol, but the best way to ensure Scotland’s voice is heard.”

“People were rightly outraged at Tory plans to remove powers from the Scottish Parliament, and that only 15 minutes were given over at Westminster to debate the impact of the EU Withdrawal Bill on devolution,” he added.

Joining the Scottish party costs a minimum of £36 a year.