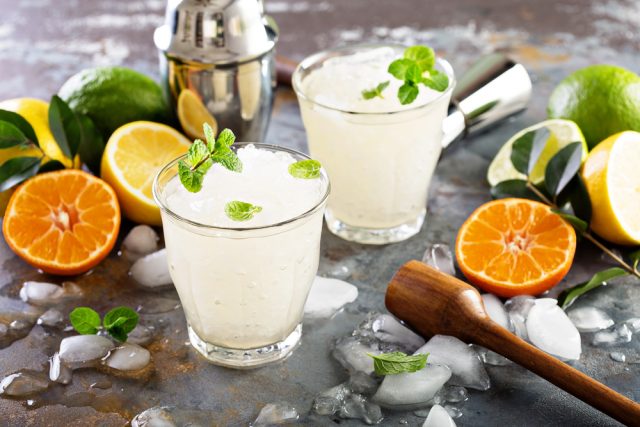 UPDATE: In a statement this afternoon, Stock Spirits have had their say.

“We have a strategy of both organic and M&A-driven growth which, as our recent full year results show, is driving a strong financial performance and is enabling us to pay consistently increasing dividends in line with our stated dividend policy,” said Stock Spirits in a statement.

“There is nothing erratic about this policy. As we have consistently said, we continue to assess a range of more meaningful and value-creating M&A opportunities in both existing and new categories and markets, but if such opportunities are not realised then we will of course consider making additional shareholder distributions.”

“It is our view that payment of a special dividend now would act as a significant constraint on our ability to execute on our strategy, which we firmly believe is the best way of improving returns for our shareholders,” the company continued.

Stock Spirits (LON:STCK) have faced public criticism from one of their largest investors, in  the form ofWestern Gate.

Portuguese investor, Luis Amaral voiced his opinion to the board of Stock Spirits demanding that the firm pay a special dividend.

Western Gate own 10% of Stock Spirits, and the firm has previously said to Stock that they want a higher dividend paid.

Both the firms appear to be in lockdown, however Stock are set to host their annual general meeting in February where stakeholders will get their say.

Stock Spirits does not have to pay the special dividend even if shareholders vote for it, the company has noted, adding such a payout would limit its ability to grow both organically and through acquisition.

Western Gate said “Furthermore, given Stock Spirits’ performance and after the payment of a special dividend, the company would still have EUR70 million available for new acquisitions. This demonstrates the company has comfortable headroom to reward shareholders and conduct meaningful M&A.

“Given the lack of meaningful progress in acquiring profitable assets since 2015, there is a case for the company to reward shareholders’ patience and to re-set the capital structure. We believe the company should focus its capital allocation on shareholders, core markets, and products, rather than the current erratic acquisition track record.”

“Western Gate is a long-term shareholder in Stock Spirits, and we are generally pleased with the improvement in the company’s operational performance,” it continued.

“However, for several years we have felt the company is being run in the best interest of the board rather than all shareholders. We are concerned with governance following the unprecedented response to resolution 20. We feel the board should recognise the lack of meaningful growth and the long-term nature of its acquisitions and return capital to shareholders”.

Why the special dividend?

Stock Spirits in December, gave shareholders a very impressive update which caused the dispute over the price of the dividend.

The firm updated shareholders by saying it had delivered a year of good growth as its successful strategy of pre-imiumisation continues to make progress.

Stock Spirits said said for the financial year ended September 30 its revenue rose 9.2% to €312.4 million from €282.4 million in a comparative period a year ago.

Another impressive figure which caught shareholder interest was that pretax profit had risen 24% from €282.4 million to €312.4 million.

The company increased its annual dividend by 5.1% which would have put the icing on the cake for shareholders.

Certainly, the reasons why Western Gate want the higher dividend is a good one.

Stock Spirits have performed impressively however, the firm will want to make sure that this issue is resolved swiftly before any escalation occurs.