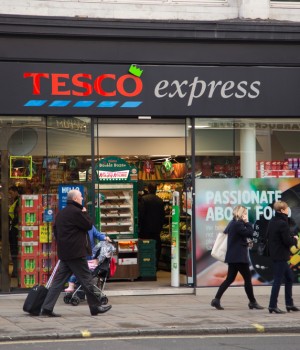 Tesco is expected to unveil its new discount chain next week.

The store, named Jack’s, will be unveiled by the supermarket’s chief executive, Dave Lewis, in Cambridgeshire, on Wednesday.

The store will compete with Aldi and Lidl, who have a combined 13.1 percent in the grocery market according to the latest Kantar Worldpanel data.

“Aldi and Lidl account for over 13 per cent of take-home grocery sales and are growing at 10 per cent each year,” said Fraser McKevitt, head of retail and consumer insight at Kantar Worldpanel.

“Strategically, it makes sense for Tesco to consider its own discount chain and try to capture some of that growth. The big four now make up less than 70 percent of grocery sales – down from 76 percent a decade ago. The proposed Sainsbury’s-Asda merger acknowledges this decline, as did Tesco’s own acquisition of Booker, which gave it access to wholesale and out-of-home sales.”

“The opening of a new discount chain would be further recognition of this shift,” he added.

Tescos has shared little about the new store, saying only that it would be “sharing some exciting news” on September 19.

The group advertised for staff for a “new store format” in Cambridgeshire and hoped to recruit retail assistants, retail customer service assistants and retail managers.

Clive Black, a Shore Capital analyst, expects the discount chain to soon represent 100 stores, including around 60 of the supermarket giant’s “Metro” stores, some of which are struggling.

“Tesco has a cohort of problem stores where the traditional Tesco offer is a square peg in a round hole,” he said.

“They have got low footfall and low income hinterlands and Aldi and Lidl are taking everyone’s legs away.”

The new discount store will be named after Jack Cohen, who founded Tesco in 1919.