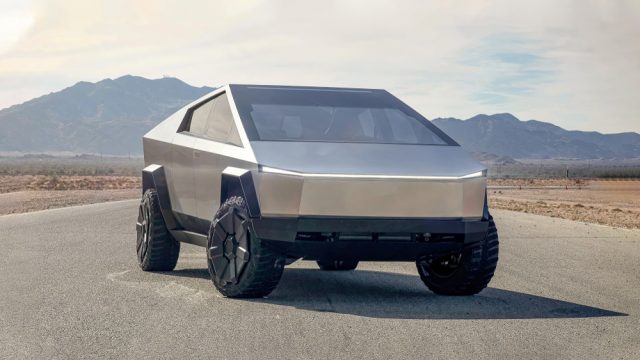 Its been a strange sort of year for Tesla (NASDAQ:TSLA) and its shareholders. The American automotive and energy company, run by zany engineer and personality Elon Musk, went from being questioned on its financial viability throughout the first half of 2019, to watching its share price bounce from US $176.90 per share (on June the 3rd 2019) to $968.99 per share (on the 4th of February 2020).

It now sits at $750.93 a share, down 2.19% during trading so far, and claiming the top spot as Scottish Mortgage Trust’s largest holding.

But, what have been the cause of its rise?

The company delivered its more affordable Model 3 car during 2019, and this marked a turning point in its fortunes. It posted consecutive periods of profit during the second half and in the fourth quarter, it generated $1 billion in cash after capital expenditures.

Despite posting its typical full-year loss, the Group’s operating costs were down 7%, while sales were up 13% and deliveries bounced 50%.

Analysts have added that with its Shanghai factory providing a source for optimism, and a new factory under construction in Europe, the company look set for expansion on the global stage.

Speaking on its outlook, Chokshi and Eavis of the NY Times stated:

“The company has a lock on the small, but growing battery electric vehicle market — and the bulls believe Tesla’s not about to lose it. In a note over the weekend, ARK, an investment management firm, said it expected Tesla’s share price to soar to $7,000 in five years based on a belief that Tesla can increase profits, decrease costs and build a fully autonomous taxi network. Even less-exuberant analysts say the company has proved itself.”

The EPA say that only 3 car manufacturers currently stick within their carbon emission target without using credits, and it is on record that GM (NYSE:GM) and Fiat (BIT:FCA) have both bought Zero Emissions Vehicle credits from Tesla.

While the ZEV credits expire in 2021, the company will continue to look to make money by capitalising on tax reliefs and credits based on its environmentally-friendly status, not only in the US, but also across the world.

A symbolic moment in the company’s change of fortunes was the moment it broke through to a valuation of $102 billion (or £76.1 billion) at the end of January.

The breakthrough saw Elon Musk collect a pay cheque of $2.6 billion, alongside the successful fulfilment of other financial performance conditions.

It also saw Tesla break through into the number two spot, as the world’s second largest car company, behind Toyota (LON:TYT) but overtaking Volkswagen AG (ETR:VOW3).

The question remains, though, as a popularly shorted stock by bearish Wall Street pundits, is it worth a shot?

Despite the company’s shares bouncing 350% in the last six months, there are still those who believe the Tesla share rally will die a death.

At one end of the spectrum, we have the shorters who are now licking their wounds. Seasoned short-seller, Robert Majteles, told the Wall Street Journal of his failed short attempt on Tesla stock:

“Oh damn I got my butt kicked.”

“Tesla is my widowmaker”

In the middle ground, many are advising onlookers to stay put, and stockholders to sell up.

The WSJ report some 45% of analysts have either an ‘Underweight’ or ‘Sell’ stance on the company’s stance, which represents the highest proportion of Tesla bears to-date.

On the far end of the spectrum, the most hard-headed shorters are telling us to bet against Tesla with everything we have, despite the Company forecasting a year of expansion.

So, what do we think?

We can be sure that one thing we’re not short of is opinions on the future of Tesla stock. One thing we ARE short of is useful information to guide our actions.

The stock’s valuation prices in more growth, which is neither guaranteed nor impossible.

Ultimately, my approach is one of sitting on the fence. If you’re holding Tesla stock – well done. You’re part of a disruptive company who have seen a turnaround in their performance. Keep a grip on your holding while the business is meeting your expectations.

If you don’t currently hold Tesla stock, hold tight. The price is currently far higher than it could end up. With it being a disruptive company, led by such a whacky egotist/genius, there will be a low point down the road. Save yourself for that opportunity.

On Thursday, Tesla announced it would raise $2 billion through a stock offering, while Elon Musk boasted about the launch of the company’s sleek-looking solar roof.