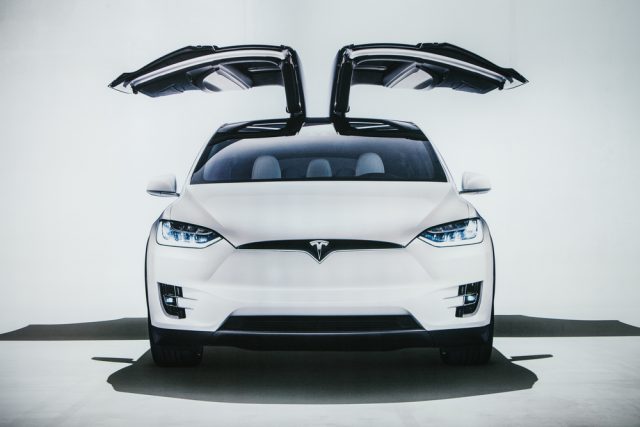 After claiming the top spot as the shorters’ widow-maker in 2019, and watching its share price bounce by over 100%, Tesla (NASDAQ:TSLA) shares once again rallied by a minimum of 8%  in pre-market trading on Wednesday, despite a series of worrying developments.

In the last 24 hours alone, several announcements should have acted as headwinds for a Tesla stock rally, but appear to have been overlooked.

Further, despite a widely publicised 2.2% revenue growth in the fourth quarter, fears over the longevity of Tesla’s profitability could potentially be roused by the announcement that its US revenues were down 34% year-on-year, while its Q3 revenues were likewise down 39% on-year.

These fears could perhaps by compounded by Tuesday’s announcement that Tesla was ordered to stop working on its Berlin Gigafactory. This set-back – though perhaps temporary – should possibly grind the gears of onlookers at least to some extent. Its Shanghai factory has acted as a source of joy in recent months – a delay in its chance to access the European market with greater ease certainly isn’t good news.

Additionally, and recanting an age-old problem Tesla seems to encounter, it is struggling with the supply side of its expanding solar business. After acquiring SolarCity for $2 billion in 2016, the company has sought to increase its stake in the solar energy market. The recent launch of its long-anticipated solar roof has been crowned with long waiting lists and warnings of equally long installation processes. While we can somewhat celebrate the demand for Tesla products and the strength its innovative prowess offers to its product pipeline, its recurring difficulty to expand its output and struggle to expand its manufacturing sites limit its potential – deterring future customers with long waits and doing no favours in proving its business acumen.

Lastly, reports have come out of two Tesla cars being tricked into speeding by vandals. The vandals, who were inappropriately over-credited as ‘hackers’ stuck black tape on a speed sign, changing the number form 35 to 85, and in essence giving the Tesla onboard computers the impression they needed to speed up. Though many will feel this says more about human stupidity than functional problems, bad press, and fuel for the fire of luddite scepticism, are certainly harmful to the company’s mission.

The problem is – I’d like to think – Tesla’s role as a disruptive company trying to do good, means consumers and investors alike will be naturally inclined to give the company the benefit of the doubt. The volume of news, and the personality of Elon Musk, guarantee the brand is never far off of the agenda, and this sheer overload of updates mean negative press tends to leave a lasting impact.

As much as there are worries over malfunctions and hacks of Tesla’s trailblazing hardware, it has undoubtedly been a force for good, too.

Only yesterday, two Tesla Model X cars were involved in the same crash, but both cars’ passengers lived to tell the tale because their autopilots activated their emergency breaks, saving the lives of eight people.

Your car saved my life.. and by boyfriends.. and my mothers.. and a family of five.

Musk responded personally, with an understated but no doubt proud “I’m glad you’re all ok” (followed by a heart emoji).

These kind of stories will likely become more and more common as time goes on – the company isn’t just in command of a niche by creating these safer vehicles, but investors will be attracted by the idea that they’re putting their money into something good, in the process of making money.

The catalyst of the company’s rally today, though, was a new all-time high call on its stock by Piper Sandler (NYSE:PIPR), who gave the company a target price of $928 per share. This isn’t the first bullish call to come out of Wall Street on Tesla stock, with Argus Research’s $808 target seeing the company’s shares bounce 19%, but it does give some more credence to the idea that its price will have a sustained upwards direction of travel.

The call was also seconded by Bernstein (NYSE:AB) analysts, who stated that they saw no immediate negative catalysts on the horizon for Tesla stock.