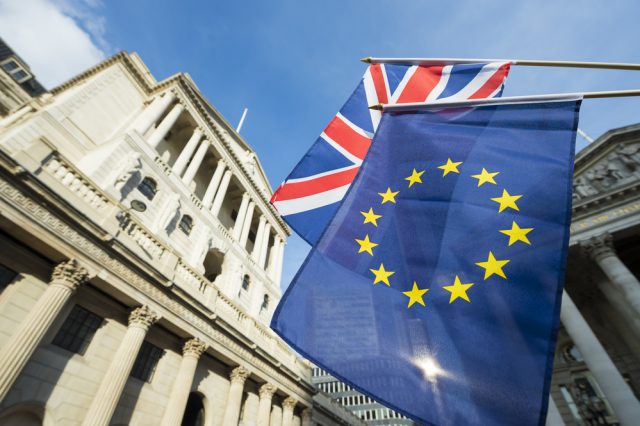 The Bank of England’s Monetary Policy Committee (MPC) has voted to maintain Bank Rate at 0.75%. This decision was unanimous. The majority of analysts now believe that the rate will not rise until after Brexit leaves the EU in March 2019.

Additionally, the Committee voted to maintain the stock of UK government bond purchases at £435 billion.

In the August Inflation Report, the MPC predicted that GDP would grow by 1.75% per year on average. This is conditioned on the steady rising path of Bank Rate implied by market yields at the time. The predicted pace of GDP growth was slightly faster than the rate of supply growth. Moreover, CPI Inflation remained just above 2% through most of the forecast period.

Fundamentally, the MPC’s August predictions appear on track. UK GDP grew by 0.4% in 2018 Q2 and by 0.6% in the three months to July. Unemployment rate decreased to 4.0% and regular pay growth has risen to roughly 3% on a year earlier. In July, CPI inflation was 2.5%.

Britain’s economy has slowed since Britain’s vote to leave the EU in 2016. In fact, the BoE Governor predicted that in the event of a no-deal Brexit, household incomes could face economic difficulty.

In the minutes of the meeting, the MPC said:

“Economic outlook could be influenced significantly by the response of households, businesses and financial markets to developments related to [Brexit].”

According to the minutes, the sterling has continued to be influenced by the uncertainty of Britain’s EU withdrawal.

The MPC have found it challenging to assess the economic implications of Brexit. Moreover, since the last MPC meeting there has been greater financial uncertainty about future developments of Brexit.