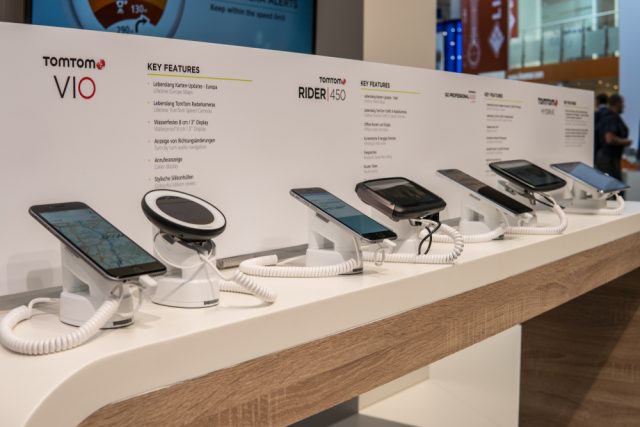 The digital navigation company said that its group revenue for the quarter was €170 million, a 14% increase compared to the €149 million figure from the same period a year prior.

Its first-quarter revenue comes in above the €157 million predicted by analysts, according to Reuters.

Tom Tom, who posted a 29% increase in its Location Technology revenue, is a Dutch company which employed 4,600 people across the globe as of 2015, and has 56 offices in 37 countries.

The company said that it expects a full year group revenue of €675 million. €430 million of which is down to Location Technology.

“We had a good start of the year, winning the first two available HD map deals, which gives us an early position in this growth market. Additionally, a number of driver navigation deals were announced. Revenue in our core activities was up 29% year on year,” Chief Executive Officer of Tom Tom, Harold Goddijn, commented on the results.

“We will continue to invest in further improving the efficiency of our map-making platform and launch innovative products to enable driver navigation, automated driving and Maps APIs,” he continued.

The company produces traffic, navigation and mapping products, in addition to other location-based products, and competes against rivals such as Google Maps.

Elsewhere in digital technology, Alphabet’s (NASDAQ:GOOGL) drone delivery firm Wing was recently granted approval to operate in the skies over Australia. Provided that operation of the drones meets certain conditions, they have received the go ahead to deliver across Australia.

Apple (NASDAQ:APPL) started the year by slashing production of its iPhone by 10% over the next three months following a cut to its revenue forecast.