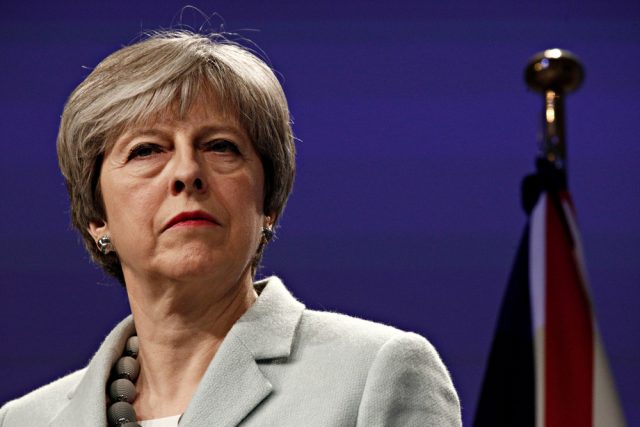 Following an almost disastrous result for Theresa May in yesterday’s vote to amend her customs union plans, the government look on shaky ground as Brexit negotiations continue.

This comes after Mrs May’s divisive but altogether underwhelming Brexit proposal last week, which was dubbed by former Foreign Secretary Boris Johnson as a “semi-Brexit”, that would leave Britain in the “status of a colony”.

Yesterday’s amendment was tabled by Philip Hammond – stating that discussions for a new customs union should be held if a free trade area had not been negotiated by January 2019 – and saw the government win a narrow majority of 307 to 301 votes. Minutes earlier, Commons took pundits by surprise after voting against the government and deciding to remain under EU medicines regulation; but what makes the customs union vote so significant are the tactics used by the Conservative hierarchy, which many would argue bordered on desperation.

Firstly, Remain rebels led by Mr Hammond and Nicky Morgan accused party whips of threatening to table a vote of no confidence against the prime minister, should they have lost the vote to block Mr Hammond’s amendment. One rebel told of how deputy chief whip, Chris Pincher had threatened, “they would pull the third reading of the [trade] bill and call a vote of confidence. He said we’d be responsible for a general election and putting Jeremy Corbyn in No 10. It was appalling behaviour. Totally disgraceful.”

Similarly, in a move that shrieked of lacking confidence, the Tories abandoned their maternity leave partnering pledges, with no other but Conservative Party Chair Brandon Lewis shunning his non-voting partnership with Liberal MP Jo Swinson, who is currently on maternity leave and thus unable to vote. While Mr Lewis was quick to remark “it was an honest mistake made by the whips in fast-moving circumstances. I know how important the pair is to everyone, especially new parents, and I apologise.”. Mrs Swinson was quick to respond, “It was neither honest, nor a mistake.”

While the government will go to Lords with the intent of overturning the amendment decision on EU medicine regulations, it is apparent that we are a long way from the ‘strong and stable’ government being advertised before the Tories lost their majority in Commons last year, with the current direction of travel not suggesting any degree of certainty in the coming weeks.

In addition to rebels in the faction led by Mr Hammond and Mrs Morgan, Mrs May faces pressure from back-benchers described by former prime minister Sir John Major as being worse than the party rebels he had to contend with during the Maastricht Treaty proceedings, during his time in office. Sir Major said, “[…] there is a bit of a Tea Party grouping within the hardline European Research Group and that makes it very difficult to negotiate with them.” This antagonism is only made worse when the figurehead of the group is MP Jacob Rees-Mogg, a potential leadership candidate who is touted by leading Remainer Anna Soubry as being the de facto person in charge of the country.

“I don’t think that [Mrs May is] in charge anymore. I’ve no doubt Jacob Rees-Mogg is running our country,” said Mrs Soubry.

In the wake of recent developments, others including MP Sir Nicholas Soames have called for drastic measures beyond a general election, such as the formation of a national government. In an interview with the Channel 4, Sir Soames commented, “I must say if I had my way we would have a national government to deal with this. It is the most serious problem this country has faced since the war.”

While no deal has yet been agreed with the EU, and plans are still being drafted, doubts over Brexit are only being compounded by doubts surrounding the current state of leadership, and vice versa. Uncertainty only looks set to deepen and any further compromises on her Brexit plan could be costly for Mrs May. Following his resignation as Brexit Secretary, David Davis told Channel 4 News that Mrs May has no space for manoeuvre, and at the moment she makes more compromises, “At that point the majority starts to slip away.”

Going forwards, the idea of a change in government or at least a change in leadership, is gaining traction. The possibility of a ‘no-deal’ on Brexit looks ever-more-likely, and the media spotlight is drifting further away from MPs toeing the Tory party line, and is instead focusing on the camps either rebelling against Theresa May’s Brexit plans, or those doing their best to distance themselves.

In an unfortunate turn of events, it appears the prime minister will have to play the role of a passenger while her party decide whether to allow her to act as canon fodder through what appear to be bleak Brexit proceedings, or whether to attempt to shore up government support with another general and leadership election – with the recent YouGov pole currently putting Labour two points ahead of the Tories.