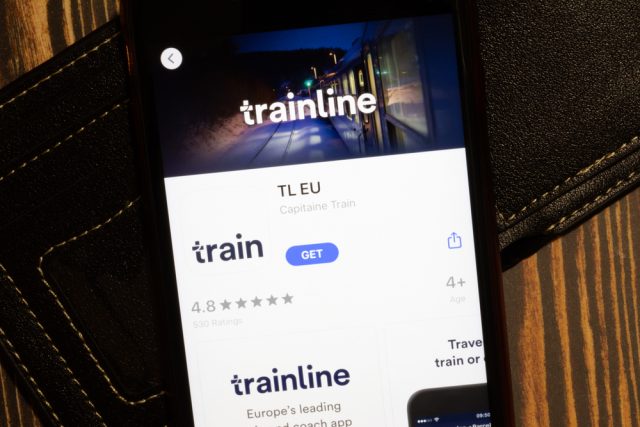 Trainline PLC (LON:TRN) have seen their shares crash on Thursday, as the firm published its’ recent trading update.

The train ticket retailing platform noted that across its recently ended financial year, group net ticket sales increased 17% year on year to £3.7 billion – notably this fell within guidance and expectations.

Trainline praised the strong performance of their new ‘SplitSave’ mobile app feature – which sold more than one million split tickets.

Notably, UK Trainline for Business (UK T4B) net ticket sales declined 1%. The firm said that these ticket sales were impacted by a change in operation and branding for the West Coast mainline franchise in the fourth quarter.

Group Revenue increase 24% year on year, giving a total of £261 million – which was at the top end of improved guidance.

The firm also noted that UK Consumer revenue grew by 30%, which was ‘ driven by strong momentum in net ticket sales and the launch of new revenue services in the last 12 months’.

International Revenue jumped 79%, which was driven by growth in net ticket sales and the launch of a new revenue service in Trainline’s international markets.

Going forward, the firm noted that since the outbreak of the coronavirus – trading had become more challenging.

The firm commented: “The trading environment has become more challenging in recent weeks. Trading softened significantly in February in Italy following an increased number of COVID-19 cases and demand has since weakened across the rest of International. UK demand has remained more resilient, although growth has slowed particularly from inbound travellers. The COVID-19 situation continues to evolve and at this time its ongoing impact is difficult to fully assess. As you would expect, the Group is monitoring the situation closely and will continue to take mitigating actions as appropriate.”

Going forward, Trainline have speculated saying that they expect  expect Group adjusted EBITDA to be in the range of £82-86 million.

“We are pleased to announce a strong trading performance for this financial year, with net ticket sales in line with and revenue growth ahead of expectations set out at the IPO. We have continued to focus on our mission to make rail and coach travel easier for customers in all the markets in which we operate, thereby encouraging a much greener way to travel.

“Our UK Consumer segment outperformed expectations, underpinned by ongoing consumer adoption of our mobile app and etickets, as well as the successful launch of our split-ticketing service ‘SplitSave’, which has been very well received by our customers. In International, while French ticket sales were impacted by the nationwide rail strike, I’m pleased we saw a good recovery once the strike ended and a continued strong performance in the rest of our International business.

“We have delivered on our growth plans this year, our first as a public company. While the impact of COVID-19 on near-term trading is unclear at this stage, we are well positioned in all of our markets and remain confident in our long-term growth strategy.”

Trainline gave shareholders a confident update in December, as they eiterated their annual guidance as the firm continued to deliver strong growth in ticket sales and revenue.

Revenue from the UK consumer segment climbed 31% to £133 million, though Trainline for Business revenue in the UK was flat at £45 million.

Trainline did note there was a slowdown in the third quarter of its year as large corporations cut discretionary travel spending.

Trainline offers a rail and coach ticket purchase platform saw net ticket sales of £2.86 billion within the none months, seeing an 18% climb year on year.