Home Features Two Cannabis based drugs approved for NHS use 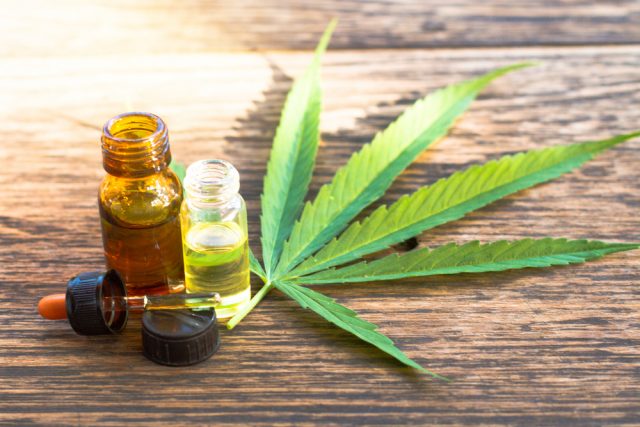 Two new cannabis based drugs have been issued for NHS in the treatment of epilepsy and multiple sclerosis, as developments into cannabis based medication continue to grow in the UK pharmaceuticals market.

Both medicines have been grown and developed in the UK, as approval was won and announced on Monday morning.

The new medications follow guidelines from the drugs advisory body NICE, which looked at products in treatment for several conditions.

Doctors will be able to prescribe Epidyolex, for children with two types of severe epilepsy – Lennox Gastaut syndrome and Dravet syndrome – which can cause multiple seizures a day.

Clinical trials have shown the oral solution, which contains cannabidiol (CBD), could reduce the number of seizures by up to 40% in some children.

Epidyolex was approved for use in Europe in September, but in draft guidance NICE initially said it was not value for money.

The medication will cost between £5,000 and £10,000 per patient per year, but the manufacturer GW Pharmaceuticals (NASDAQ: GWPH) have agreed a lower price with the NHS.

Millie Hinton, from the campaign End Our Pain, said the guidelines were “a massive missed opportunity”.

“It is particularly devastating that there is no positive recommendation that the NHS should allow prescribing of whole plant medical cannabis containing both CBD (cannabidiol) and THC in appropriate cases of intractable childhood
epilepsy,” she said.

“It is this kind of whole plant extract that has been shown to be life-transforming for a significant number of children, including these involved in the high-profile cases of last year which led to medical cannabis being legalised.”

She added: “This restrictive guidance is condemning many patients to having to pay for life-transforming medicine privately, to go without or to consider accessing illegal and unregulated sources.”

Decisions about the issuance of the drug are varied around the UK, but for now NHS England has issued the drug for the treatments specified, showing a positive attitude from healthcare legislators.

The other treatment, Sativex, is a mouth spray that contains a mix of THC and CBD.

It has been approved for treating muscle stiffness and spasms, known as spasticity, in multiple sclerosis. But doctors will not be allowed to prescribe it to treat pain.

It was the first cannabis-based medicine to be licensed in the UK after clinical trials, and has been available on the NHS in Wales since 2014. It costs around £2,000 a year per patient.

“Dravet and Lennox Gastaut syndromes are both complex difficult epilepsies with limited effective treatment options and this gives patients another option… that could make a difference to care,” she said.

Galia Wilson, chairwoman of Dravet Syndrome UK, said: “Many families come to us asking about the potential of cannabis-based medicines, particularly cannabidiol, and we are thrilled that one is now available on the NHS.”

The developments have also been positive as firms such as Freyherr have been listed on the NEX, which shows both an increasing awareness to the use of cannabis based medication and also increasing popularity.

Industry experts have also been quick to praise NHS England following the approval this morning.

Ley Sander, Medical Director at the Epilepsy Society and Professor of Neurology at University College London, said: “This new drug will bring hope for some families and EU approval feels like a positive step. Medicinal cannabis, however, still remains a medical minefield and there are many hurdles ahead.

“CBD was not recommended by NICE for prescription on the NHS. It is important that the pharmaceutical industry continues to work with the medical advisory body to ensure that drugs are cost effective and that its long-term effects are clear.”

Additionally, Simon Wigglesworth, the deputy chief executive at Epilepsy Action, welcomed the decision to recommend Epidyolex. However, he said there were many thousands of people with other complex and treatment-resistant epilepsies who could potentially benefit from cannabis-based medicines.

There was a lack of high-quality clinical evidence, he said, particularly around products that contain THC. “Though this is disappointing, we appreciate that clinical research is vital to ensure that any treatment recommended for use in the NHS is safe and effective,” Wigglesworth said.

“We are aware of ongoing efforts to bring forward research into cannabis-based medicines for epilepsy, including those containing THC, at pace.”

The work to allow the full issuance of cannabis medication is still far from achieved, but steady headways are being made.

Legislators need to work with healthcare professionals, industry experts, charities and those that have been personally affected by conditions such as MS.

Elinor Ben-Menachem, professor of neurology and epilepsy at the University of Gothenburg’s Sahlgren Academy, said: “LGS and Dravet syndrome are two of the most severe and difficult-to-treat forms of childhood-onset epilepsy, with few patients achieving adequate seizure control. The EMA approval of Epidyolex will bring hope to patients and families, with the potential to better control seizures and improve quality of life.”

The evidence is there for health benefits, but there has to first be an acceptance that this medicine could be the way forward for child treatment, particularly with cases such as Billy Caldwell and Alfie Dingley.

Genevieve Edwards, director of external affairs at the MS Society, said: ‘We’ve been campaigning for access to Sativex for years, and it’s brilliant Nice has finally listened.

‘These guidelines are an important first step, but don’t go far enough. No cannabis-based treatments have been recommended to treat pain, a common symptom of MS.’

She said evidence shows cannabis-based treatments could help around 10,000 people with MS get relief from pain and spasms when other treatments have not worked.

There still seems to be some reluctance to fully integrate cannabis based medications into the NHS armory, however if these medications have benefits particularly to children then the gains have to be exploited.