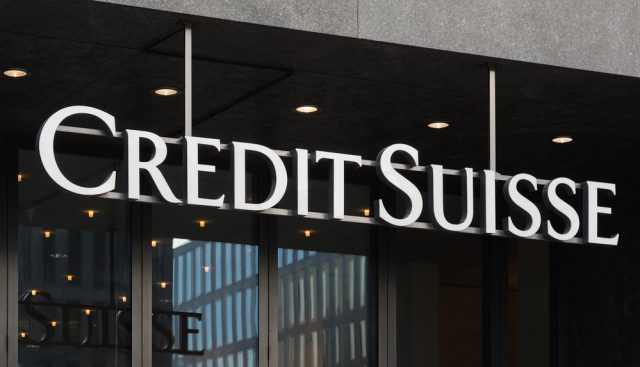 Credit Suisse (SWX: CSGN) have appointed a new head of Investment Banking and Capital Markets in David Miller, who is the bank’s current global head of credit.

Miller, who joined Credit Suisse in 2000, has been charged with improving the performance of the business, which saw a 6% drop in third quarter revenue reflecting a sharp fall in advisory fees for mergers and acquisitions.

Credit Suisse follow a long list of global banks who have seen performance drop with slow market conditions alongside economic and political tensions.

Additionally, German titan Deutsche Bank (ETR: DBK) are in crisis after reporting a third quarter loss, amid speculation about the bank’s survival prospects.

Competitors including UBS (SWX: UBSG) have also said they will cut investment banker numbers after a disappointing performance led to restructures in the division.

Miller will replace James Amine, who is stepping down to take on a newly created job as the New York-based head of Private Credit Opportunities, Credit Suisse bank said. Additionally, Miller will earn a seat on the Executive board of Credit Suisse.

Miller’s most recently served as the bank’s Global Head of Credit, head of Global Credit Products and a member of the Global Markets management committee.

“Credit Suisse will greatly benefit from his deep experience across capital markets and investment banking, combined with his broad client relationships both in the U.S. and internationally,” Chairman Urs Rohner said.

Analyst Javier Lodeiro at Zuercher Kantonalbank said: “We are positive that a new CEO is coming. He will lead the turnaround of this unit.”

Credit Suisse informed shareholders that the changes would be of immediate effect, which stresses the urgency of the drastic turnaround that is required.

In a time of a global banking decline, many firms are finding ways to change business structure and operations to improve trading figures.

However, it may take a lot more than personnel changes to drive business in a time of both political and economic hostility.