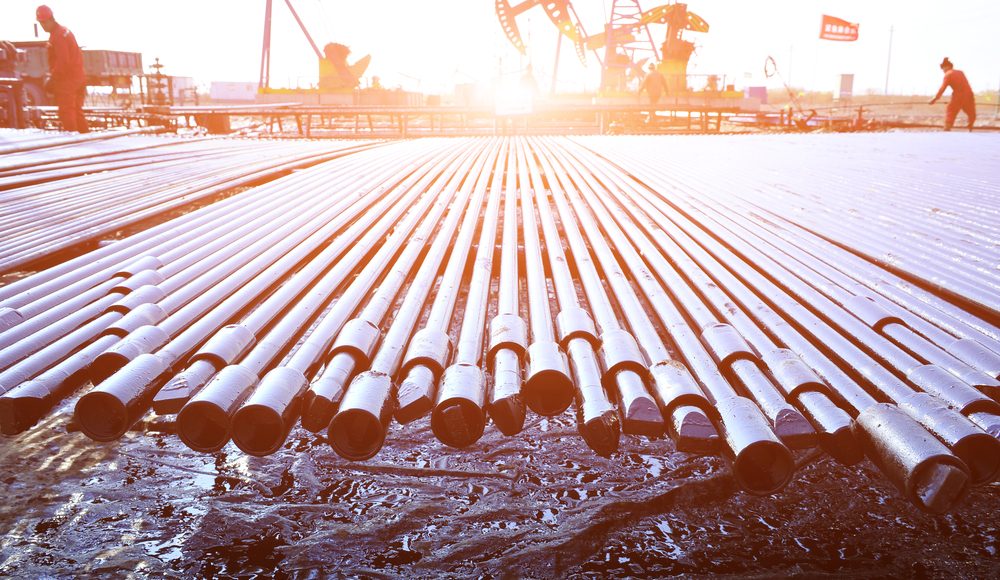 UKOG plc (LON:UKOG) has found support over the past week after a significant drop.

UKOG plc operates a number of licenses in the south of England, one of these being the famed Gatwick Gusher.

Having hit closing highs of 2.50p in July, the share price has fallen back to support at 50% Fibonacci Retracement of a month long rally which saw the price rise from just under 1p to an intraday high of 2.9p. 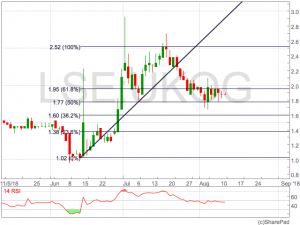 Support in the UKOG plc share price was triggered by an update last week on the progress of flow testing in the Weald Basin.

The firm said it had achieved flow of a stable implied equivalent daily rate of 401 and 414 barrels of oil per day.

The comply said further tests are to start in the foreseeable future.

“HH-1 continues to deliver positive results that exceed the 2016 Portland test outcomes. The excellent short-term high rate test results, combined with pressure build up data, provide further confidence that the next phases of the Portland test can deliver both an optimal sustainable long-term flow rate and deliver the primary objective of confirming the Portland’s commercial viability.

Whilst the potential future near-term cash flow from the Portland is very important to UKOG, we should not lose sight of the significance of the potential prize that lies in the underlying primary Kimmeridge objective, the long-term testing of which will follow directly after the Portland programme.

Following our readmission to AIM as an operating company, a major corporate milestone, we are  also delighted that Allen Howard has been appointed as non-executive chairman and Nicholas Mardon Taylor has joined the board as a non-executive director. Nicholas’ depth and breadth of financial experience in both oil and gas and other sectors will be a highly valuable addition to the Company.”