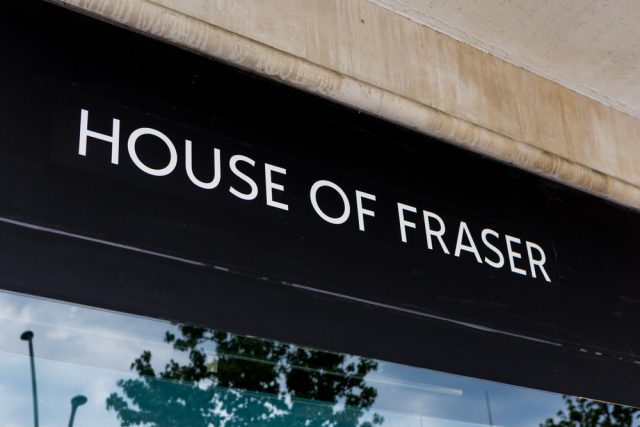 House of Fraser has announced it will be calling in administrators after recent talks failed to secure a buyer.

The department store is the latest casualty of a shift in consumer trends that has ravaged the UK high street.

House of Fraser had been in talks with a Chinese company to secure the funds required to save the business but these proved fruitless.

Hopes were raised when it was reported Mike Ashley’s Sports Direct would provide an injection of cash but these have also fizzled out despite Sports Direct having an 11% stake in House of Fraser.

The failure to secure solvency puts 17,500 jobs at risk.

CEO Alex Williamson said “We are hopeful that the current negotiations will shortly be concluded. An acquisition of the 169-year-old retail business will see House of Fraser regain stability, certainty and financial strength.”

Ernst & Young have been appointment as administrators and will continue to explore the sale of the store or assets.

The failure of major high street brands isn’t so much a signal of a weakening UK economic picture but more a change in consumer habits.

Companies such as House of Fraser have run in trouble due to the fact much of this spending is now taking place online and the combination of both the failure to adapt to this through seamless online shopping experiences and high overheads demanded by the rental value for large department stores, has taken its toll.

The failure of House of Fraser, BHS, Maplins, Toys R’ Us, and Poundworld and the destruction of the share prices of Mothercare, Next, Card Factory and Marks and Spencer has been a long time coming.

Consumers have been long shifting their purchasing online and these groups were slow to increase their presence losing out of companies such as ASOS, Boohoo and Amazon.