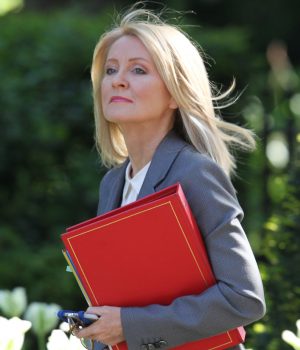 Theresa May is facing backlash and a potential House of Commons revolt after the Work and Pensions Secretary admitted her universal credit policy would disadvantage some families.

Esther McVey commented yesterday that some people will be made poorer under the new benefits system, directly contradicting the government’s line on the policy.

The Resolution Foundation think-tank predicts that three million people would be about £1,800 a year worse-off.

Ms McVey told the BBC: “I have said we made tough decisions and some people will be worse off”.

Yesterday, Sir John Major, Margaret Thatcher’s successor as Prime Minister, intervened in the row over the policy, asserting that it was being rushed, and it could be as damaging as poll-tax, the policy which ended Thatcher’s premiership.

With McVey’s admission contradicting the Prime Minister’s rhetoric, Mrs May’s spokeswoman said: “The PM made it really clear that when people move across on to UC as part of managed migration there is not going to be a reduction in their benefits.

“At the same time, there are people who are making a new claim or who have had a change in their circumstances and their payment will reflect their new circumstances as you would expect.”

Party divisions over universal credit spilled onto Twitter, as Conservative MP for Plymouth Johnny Mercer declared: “Stop the tax-free allowance rise and reinvest into UC, or I can’t support it. Not politically deliverable in Plymouth I’m afraid.”

In the way of Sir Major’s comparisons, Mr Mercer also criticised the policy on Twitter for the “bad press” it will garner for the party.

Why is this so unhelpful? Biggest challenge with UC is the bad press it gets, (some self inflicted obvs) and therefore some of our hardest to reach communities (eg disabled) don’t come forward, and go for longer on less money than they are entitled to. https://t.co/nMsdV3tIx4

Labour have announced that if elected they will scrap the policy altogether. Speaking in Bristol on Thursday, Jeremy Corbyn said: “The experience of universal credit has been that the majority of people are considerably worse off”.

The new system has been criticised for overspending, for cuts to the amount of benefits handed out, and for a failure to hand out benefits on time.