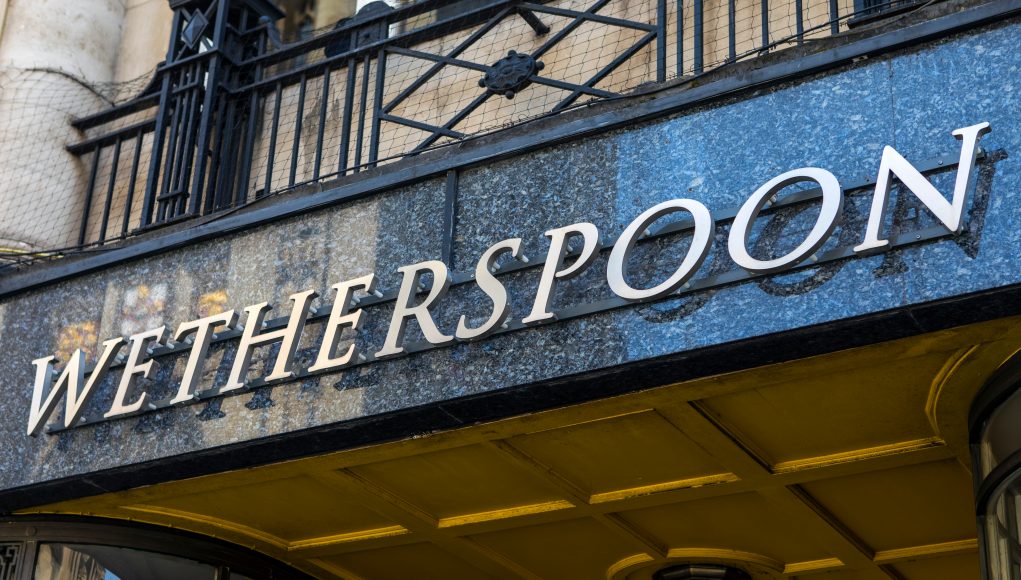 JD Wetherspoon PLC (LON:JDW) have once again given shareholders an impressive update on Wednesday over their recent activity.

The FTSE 250 listed firm reported a rise in like for like sales across the 12 weeks period ending January 19, which included the festive trading season notably.

Shareholders were given a sour note when JD Wetherspoon reported that its year-end net debt will be higher than initially expected.

Across the twelve weeks period, the firm saw total sales climb 4.2% with like for like sales 4.7% higher, an impressive feat to show the market.

Total year-to-date sales also rose by 4.9% which reflected the successful nature of the firm in the recent weeks.

Wetherspoon said that since their financial year ended on July 28, the business has opened one new pub and sold five.

The British pub chain said that it is expecting to open up an additional 10 to 15 and spending £80 million on new units and extensions at existing pubs.

Additionally, Wetherspoon alluded to £57 million so far this financial year that it has spent on freehold reversions of 18 pubs.

Although the company said it is in “a sound financial position”, come the July year-end net debt is expected to be between £780 million and £820 million, “slightly higher than previously anticipated, due to higher than anticipated capital expenditure.”

“In an important high court case involving Wetherspoon, the judge said that he would assume written statements by witnesses were true, unless contradicted by barristers in cross-examination.

“This sensible principle of justice is also implicit in the ‘comply or explain’ provisions of corporate governance guidelines (the ‘code’).

“Comply or explain must mean that the code envisaged flexibility and did not advocate a ‘one-type-suits-all’ approach.

“If shareholders say nothing in response to company explanations, which have been made in order to comply with the code, it is reasonable to assume their assent.

“However, in reality, detailed explanations are ignored by many fund managers and their corporate governance advisers – comply or explain has been corrupted to mean ‘comply or be humiliated in public and voted off the board’ – a risk which most NEDs are understandably reluctant to take.

“A likely reason for ignoring explanations, in defiance of the code, is that it’s simpler and cheaper to apply arbitrary standards such as the ‘nine-year rule’- rather than engaging with companies and considering their explanations.

“Corporate governance adviser PIRC, for example, advertises for temporary staff for the company results’ “season”, and it appears to demand a blanket nine-year rule, almost irrespective of explanations.

“In effect, PIRC purports to impose its own version of the code on companies, with no qualifications, or remit, for that approach.

“In a further illustration of how the code operates in practise, Wetherspoon’s largest shareholder, Columbia Threadneedle (CT), withdrew support for two of our long-serving NEDs for non-compliance with the ‘nine-year rule’, with no advance warning or discussion, shortly before our 2018 AGM.

“CT unilaterally took this action, in spite of detailed explanations in the preceding years in our annual reports.

“CT and fellow shareholder Blackrock’s OWN boards however, very sensibly, do not observe the nine-year rule – both laud ‘independent’ NEDs with longer tenure than nine years.

“In other words, one rule for CT and Blackrock – and another for UK PLC. “These issues were reviewed in some detail in our November 2019 trading statement (appendix 1). It would be beneficial if all shareholders could read this appendix. It is not boilerplate and the future of companies like Wetherspoon, and many others, is seriously undermined by the operation of the current code.

“As in previous years, there has been no objection or critique whatsoever, in writing or in person, from any shareholder, individual or organisation, of the points raised in our November review.

“It is an unfortunate reflection on complacency in the City and among unaccountable ‘rule-makers’ that institutions like Columbia Threadneedle, Blackrock – and corporate governance adviser PIRC – have not felt the need to issue a proper or detailed response to the serious issues raised by Wetherspoon.

“The main consequence of the current governance system is short-termist and inexperienced boards, which have minimal representation from executives and the workforce – the people who are best placed to understand and run the business. “These factors are obviously damaging for customers, employees and the economy – as well as for shareholders.

“The UK, of course, needs a sensible system of corporate governance. However, the current system is remote, counterproductive and inflexible, which are also the characteristics of many major shareholding institutions and their advisers.”

As always, the Chairman of Wetherspoon had his say on Brexit.

“It is disappointing to note that pro-remain organisations like the CBI and the Food and Drink Federation are, even at this late stage, doubling down on ‘project fear’ stories.

“The CBI’s warnings about job losses and recession in the event of a leave vote in 2016 have proved to be mythical – over a million jobs have been created.

“The FDF’s warnings about food price rises are absurd- the EU is a highly protectionist organisation which imposes tariffs and quotas on about 13,000 non-EU imports including many food and drink products such as bananas, rice, oranges, coffee and wine.

“It is high time these organisations took a wise-up pill and supported the democratic decisions of the UK.”

In December, Wetherspoon pledged to create 10,000 new jobs over the next four years as it expands its presence in the British pub market.

The FTSE 250 listed firm has pledged to create 10,00 jobs as it plans to invest £200 million to open new branches in the UK and Ireland.

The expansion will likely increase the size of Wetherspoon’s workforce by 25%, and came at a time where the British high street was apparently declining.

These new branches will be located within in small and medium-sized British towns and cities but also in London, Edinburgh, Glasgow, Birmingham and Leeds as well as the Irish cities of Dublin and Galway.

The FTSE250 listed firm have been battling increased costs due to a mandatory minimum wage hike, higher property prices and power bills, however these rises were not to affect performance.

Wetherspoon’s reiterated their full year performance to be kept in line with annual expectations after a strong financial 2019, with increasing sales and continued political activism headlines from Chairman Tim Martin.

Wetherspoon’s have certainly made a bold statement across the industry, and across 2020 with the planned opening of new chains combined with a jobs pledge, this year could be a bright one for the British business.