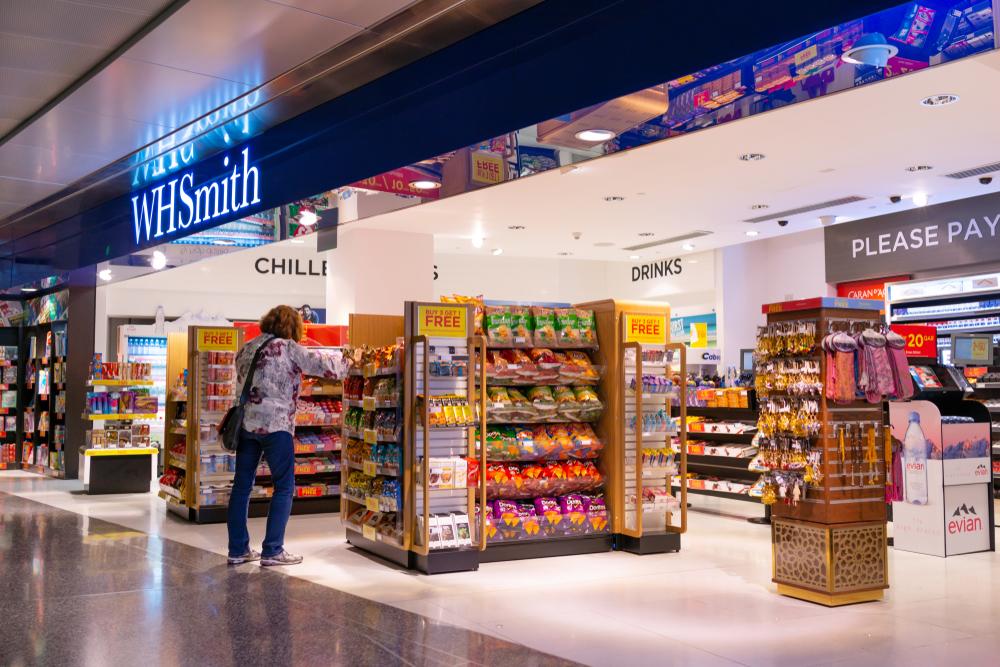 High street newsagent WH Smith (LON:SMWH) has become the latest UK retailer to announce a restructuring plan after sales were slashed by the impact of the coronavirus pandemic in the first half of 2020.

The firm has reportedly begun to consider axing as many as 1,500 jobs – 11% of its total workforce – primarily across its airport and train station sites, which have suffered from the near-paralysis of the travel industry during the peak of the lockdown.

Revenue across WH Smith’s travel arm was down by 92% in April and May, and although some stores have reopened since global travel restrictions have been incrementally loosened, sales were still a sore 73% below average during July. The company has now reopened 53% of its UK travel branches, citing its focus on ‘increasing average transaction value in these locations’ in the coming months.

WH Smith’s high street stores have started to recover as consumer appetite returns, after revenue slipped by 71% in April amid widespread store closures and an almost universal plunge in retail sales. In July, WH Smith reported its high street sites had benefitted from the relaxation of lockdown rules, but sales were still down 25% year-on-year.

Last year WH Smith made £155 million in profit, but has warned that its proposed restructuring could cost the company between £15-19 million. It reassured investors that its liquidity position remains nonetheless ‘consistent’, citing as-yet-undrawn revolving credit facility of £200 million and bank facility of £120 million, as well as its eligibility for the UK government’s Covid Corporate Financing Facility scheme.

However, the FTSE 250-listed company admitted that the impact of the pandemic looks set to see WH Smith make a £70-75 million pre-tax loss for the year ending August 2020. The firm’s trading update contained a comment on the impending restructuring plans:

“As a result of the impact on passenger numbers and lower footfall on the UK high street, we have taken the difficult decision to review our store operations across both our Travel and High Street businesses. We are now starting a collective consultation on a proposed restructure which could lead to up to c.1,500 roles becoming redundant. This has been a very difficult decision and we are committed to supporting all our colleagues throughout this process and ensuring it is conducted fairly”.

“In our Travel business, while we are beginning to see early signs of recovery in some of our markets, the speed of recovery continues to be slow. At the same time, while there has been some progress in our High Street business, it does continue to be adversely affected by low levels of footfall. As a result, we now need to take further action to reduce costs across our businesses.

“I regret that this will have an impact on a significant number of colleagues whose roles will be affected by these necessary actions, and we will do everything we can to support them at this challenging time”.

Nevertheless, shares are still well below the year high of 2660.00p recorded in December 2019.