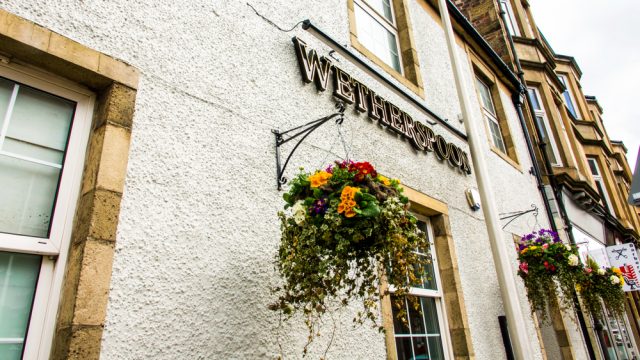 Pub chain JD Wetherspoon Plc (LON:JDW) has announced a forecast of weaker performance amid ‘tougher comparisons’ and the announcement of a health scare for company chairman Tim Martin.

The firm stated that its trading outcome would be slightly inferior to last year, despite continuing its trend of record sales and an impressive summer period.

The company warned of tougher ‘comparatives’ due to double-pronged factors raising input costs.

Firstly, the firm has had to absorb the cost of increasing wages following threats of industrial action by some of its staff, with a desire not to pass on these costs to consumers – in fear of hampering its ongoing prosperity.

Secondly, it has had to bear the brunt of strategic adjustment, opting for a switch to British alcoholic produce and soon discontinuing European brands, in the wake of possible tariffs and the company’s chairman having an outspoken position on Brexit.

“The economic truth is that no deal/free trade will leave the U.K. better off on the day we leave the EU in March next year. The risk to the future lies in staying linked to the chaotic and undemocratic Brussels regime.”

Despite the positive outlook, Martin’s leadership will be missed in the coming weeks, with an operation to remove a burst appendix. The Wetherspoon chief will be home-bound “several weeks”, but has confidence in the capabilities of the company’s board members.

For the 13 weeks to the end of October, total sales were up 6.2%. The pub has opened two new pubs and closed three since the start of the financial year, with expectations to open another five to ten pubs before the close of the year.

The pub chain’s shares are currently trading down 11.78% or 154.5p at 1,156.5p 15:35 GMT. Analysts from both Peel Hunt and Liberum Capital have reiterated their ‘Hold’ stance on Wetherspoon stock.