- Advertisment -
Home News Xpeng – the Tesla rival whose shares have rallied 315% in two... 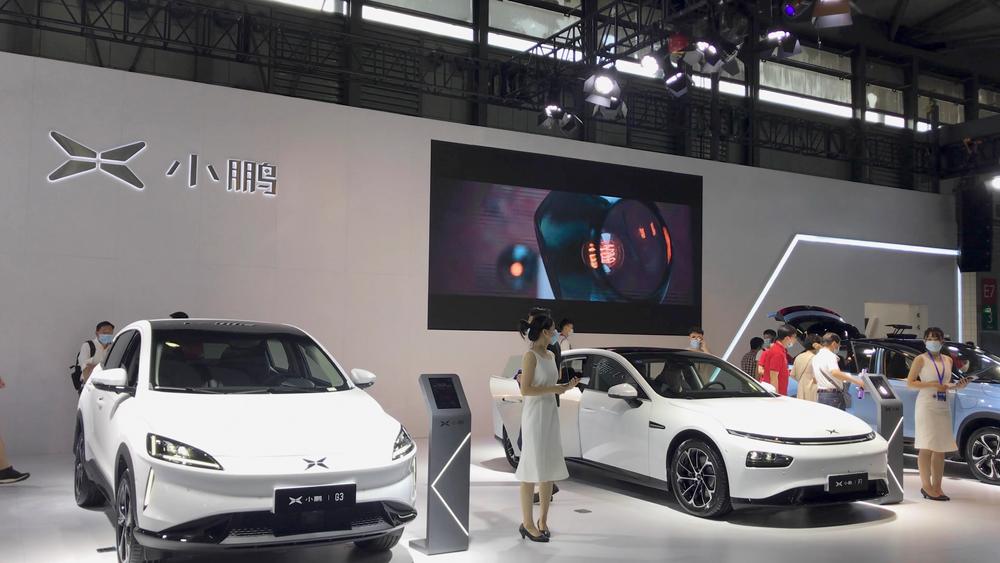 Chinese electric vehicle manufacturer Xpeng (NYSE:XPEV) watched its shares climb by around 25% on Monday, following news that it had made a significant tech announcement, and released a limited-edition model of its P-7 Sedan at the Guangzhou auto show.

Having posted positive earnings last Friday, and seen its shares rise more than 10%, the company also announced that it had produced more than 10,000 of its smart EV P7 models in October. This production announcement was ahead of expectations, and will help cement the company’s credibility versus the likes of competitors such as NIO, Nikola Corp, Lucid, and of course, Tesla.

During the same auto show that it unveiled the limited edition P7 model, Xpeng also announced that it had upgraded its driver-assist tech for its 2021 production models, and they will now feature lidar sensors. These sensors are part of a new system, described by the company as the “next-generation autonomous driving architecture,” featuring cameras, radar, lidar units, a high-grade computer and ultrasonic sensors.

While many automakers already offer hands-free driving technology, Xpeng CEO, He Xiaopeng, said that they are the first company to offer lidar sensors on a production model, and the architecture as a whole will allow users to hands-free driving in low-speed urban settings.

Looking ahead, the future could be bright for the company. Though fears about the risks posed by China’s political makeup are valid, they also assist the EV growth situation. With the country keen to reduce its oil and gas import costs and forecast fossil fuel usage expected to be down 70% by 2030, the future of transport seems to be swinging decisively in favour of electric vehicles.

Chinese EV sales were up by 12.5% year-on-year in October, and there will be hopes that Trump trade war conditions will subside once Biden takes office next January (though BlackRock remain sceptical on this).

Xpeng also benefits from having an ambitious CEO, He Xiaopeng, who sold his last company for $4 billion back in 2014, and, having taken charge of Xpeng back in 2017, now enjoys the backing of e-commerce giant, Alibaba.

What really matters, though, will be whether Xpeng can maintain its growth, or whether it’s just a flash in the pan. Having seen its share price rise from $0.20 to over $66 between September and November, the company is off to a strong start.

We have to stress though, this is just the ‘start’. Performance and projections remain strong, but consumer attitudes can change on a dime (especially in a trendy theme like EVs), and there is always risk when investing in a Chinese company, listed in New York. With that being said – if the company emulates the Tesla or NIO rally, it will be a haymaker for its early backers.