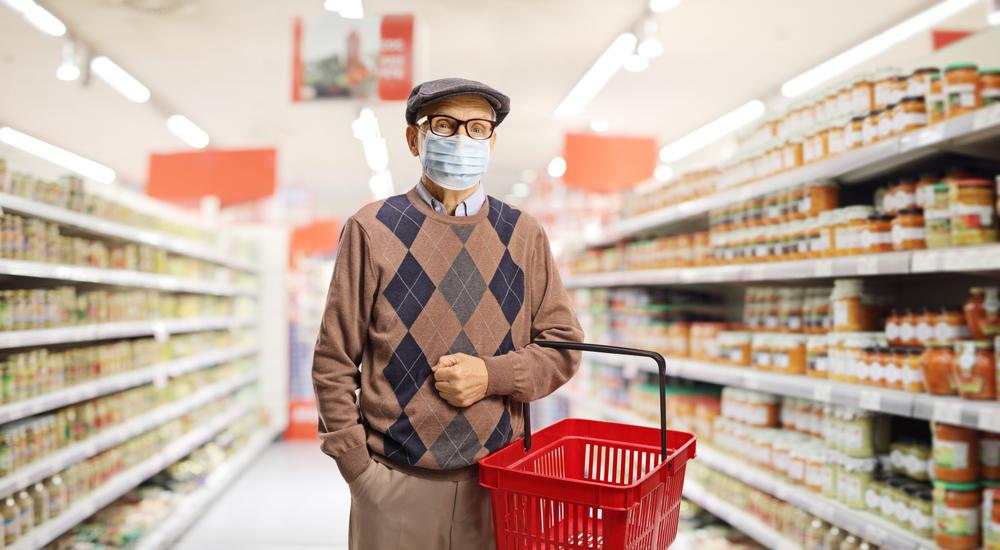 After the government issued guidance on Thursday, new laws regarding the more widespread use of face masks were brought into effect on Friday.

The laws, which emulate those brought into effect some time ago by the Scottish government, require people to wear face coverings in supermarkets, takeaways, shops, shopping centres and transport services, with exemptions for outlets such as restaurants and pubs when customers are seated and using table service. Any who fail to comply with the rules, could be dealt a £100 fine by police.

These new rules come into place to compliment existing measures such as social distancing and private safety provisions such as mobile ordering and temperature checks. It is expected, despite some opposition from campaigners, that compulsory face mask laws could be in place for as long as six months.

The main issue, as many have already highlighted, is that these laws may be by-and-large symbolic, with only limited capacity for them to be enforced.

The relatively small number of police on the streets – while greatly expanding in number during lockdown – now have the impossible task of keeping tabs on almost every individual who steps outside of their front door. Alongside being underfunded and thinly spread across their typical duties, they are now being tasked with enforcing these new laws across vast numbers of retail and food outlets across the country, and police representatives have already admitted that this is a futile venture.

Speaking to The Independent the national chair of the Police Federation of England and Wales, John Apter, stated that police simply do not have the capacity to ensure every person entering a food or retail outlet is wearing a face mask, and asked operators to enforce the new laws on their own premises.

“It is our members who are expected to police what is a new way of living and I would urge retail outlets to play their part in making the rules crystal clear; if you are not wearing a face covering then you are not coming in.” Apter commented.

“Officers will be there to help stores if needed — but only as a last resort, as we simply do not have the resources.”

Unfortunately, large supermarkets such as Tesco, Aldi, Sainsbury’s, Asda and Iceland have all said they will not be enforcing the new face covering laws. Some said they will not prohibit non-adherents from entering stores, as they believe asking their staff to take on the task of enforcement would put them at risk.

All of the supermarkets state that their messaging and broadcasts will clearly encourage customers to adhere to the new laws, while some said they will have face masks for sale near the entrances of their outlets.

Taking a more proactive approach, Waitrose and John Lewis stated that they will have staff at the doors of their shops to remind consumers to wear face coverings, while Greggs has stated that all its customers will be “required” to wear face masks when entering its premises.

Flip-flop and fuzziness from the government

Unfortunately, the task of enforcing face coverings has been made even more difficult by the government’s indecisive and at times confusing messaging.

Responding to the issue of policing the new laws in shops and takeaways, the government’s meek response was that the responsibility for wearing a mask primarily “sits with individuals” but that stores should “take reasonable steps to encourage customers to follow the law”.

Further, and in addition to children being exempt from face mask laws, the government has issued a recommendation that people suffering from severe asthma and lung conditions, should not adhere to the new regulations.

Alongside this caveat, and likely foreseeing the obvious issue, the government then stated that it would roll out medical exemption cards. The cards are designed to stop people abusing the medical exemption clause as a reason for non-adherence, and also to prevent legitimate non-adherents from receiving abuse from pro-face-mask members of the general public.

On the one hand, this clause is useful as it allows people who suffer from illnesses, such as COPD, to shop and use public amenities without struggling for breath. However, while merit-worthy in spirit, these cards will likely be a source of not only more work and confusion but also less clarity in enforcing new rules, and likely muddles an already difficult task.

Not at all. To be clear, the new laws are – if the government accepts the most recent scientific advice – entirely necessary and in the public good. If wearing face masks make others around us even partially safer, we should accept what is by-and-large a source of minor discomfort, for a short period of time.

What we should take issue with, though, is the poor handling of mask policing. While, as stated, the medical exemption cards may come from a place of good intentions, they are likely to cause confusion and provide scope for people to shirk the rules more easily (either by people using illness as an excuse, or in general just encouraging more lax attitudes). Further, while face coverings are primarily designed to protect others from the user, a person may also receive some benefit from wearing a face mask. It would follow, then, that exempting medically vulnerable people from wearing masks may actually put them at greater risk.

In addition, without the efforts of commercial bodies to aid in policing, new laws have little hope of being kept, and I don’t think the staff safety excuse should cut much ice. While on an LNER train back from seeing my mother earlier this week, I saw a guard pass seven times during the journey, effectively making sure everybody kept their masks on – without any resistance from passengers. We should have some sympathy for outlets who might have to rely on police support to subdue difficult customers, but outlets who can and often do employ security guards – for instance supermarkets – have little excuse for not playing their part in enforcing the new laws and keeping their customers safe.