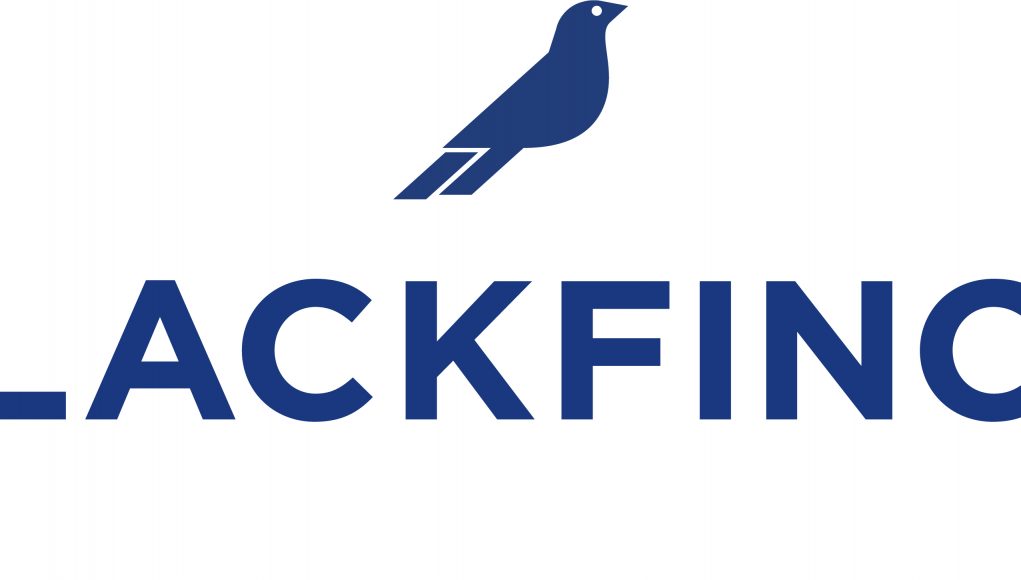 The Gloucester-based investment and asset manager launched the Blackfinch Spring Venture Capital Trust, which will encompass a portfolio of technology and technology-enabled companies, which have already raised funding, gained traction and are seeking to accelerate the scale-up process.

The Blackfinch Spring VCT will also be a follow-on funder for the Blackfinch Ventures EIS Portfolios, which puts a focus to technology start-ups at the heart of its investment procedures.

“This launch marks a key milestone in Blackfinch’s continued growth and will further enhance the product range we offer to advisers and their clients. The Blackfinch Spring VCT will invest in companies operating across multiple sectors. The VCT will focus on its own high-quality deal flow as well as follow-on funding for the highest performing companies in the Blackfinch Ventures EIS Portfolios. These are innovative new firms at the growth stage of their development, bringing a higher chance of success.”

“The Blackfinch Ventures team will carefully select strong, new opportunities from all around the UK, backing some of the country’s most talented founders. The Blackfinch Spring VCT will give clients the chance to diversify their portfolios through exposure to the tech sector. The VCT is targeting dividends of 5% p.a. by 2024; additional benefits include venture capital tax relief and the potential for special dividends through earlier exits and those that exceed projected performance.”

Last week, I had an opportunity to catch up with Dr Reuben Wilcock to discuss the new launch and all things investment related.

Dr Reuben has been working at Blackfinch since February 2019, and held an initial position as a Ventures Partner then transitioned into the Director of Ventures. He has played an instrumental role in the launch of the Blackfinch Venture Capital Trust, and speaking with him I managed to pick his brains on a few topics.

As mentioned previously, Blackfinch have looked to put technology at the heart of their investment process. This certainly complements the background of Dr Wilcock, having had a background in Electronic Engineering having studied at PHD level at the University of Southampton.

Notably, he has published over 45 research papers in his field and has experience dealing with high tech start-up companies, having founded Future Worlds in February 2015. Future Worlds has supported over 250 entrepreneurs and helped launch over 50 companies and start-ups, where Dr Wilcock has used his experience to help young talented people gain investment into some very interesting projects and businesses.

The combination of expertise and knowledge has made him the perfect character to kickstart the new VCT project for Blackfinch.

The Venture Capital Trust Scheme was set up by the government in 1995, and provided an opportunity for the private sector to invest into high growth companies, with the end goal to stimulate jobs and boost employment.

Speaking to Dr Wilcock on the Venture Scheme he told me “The VCT is a great opportunity for investors to diversify their portfolio. Investors can benefit from 30% initial income tax relief on the sum invested and, depending on performance, tax-free dividends and growth”.

Looking at Blackfinch as a firm, I was informed that the investment choices within the VCT are thoroughly scrutinised before decisions are made. It was interesting to note that a thorough laid out process is conducted, where all members of the ventures team are consulted on a firm. The focus for Blackfinch is the potential of the company they are researching, and that the products can make a significant difference otherwise known as a “disruptive product”.

Dr Reuben spoke to me, also adding that Blackfinch particularly wanted to focus their interests on companies that operate in big, growing markets, typically with a market value of at least £1 billion, with room to expand with growing trends. The Blackfinch Spring VCT targets investors who have the appetite for high-risk return, and want to help accelerate the growth of smaller companies with big potential.

Interestingly, Blackfinch have made a real effort to understand and get to know the person behind the business, their values and what difference they are trying to make in the world of technology and business. This forms one of the main criteria of Blackfinch’s investment choices.

Going forward, I was told about three areas which seem particularly intriguing to Blackfinch and Dr Reuben.

As our conversation progressed, it was interesting to see how Dr Wilcock had laid out a definitive strategy to ensure that the companies that Blackfinch would be investing into had a balance between potential and risk, and it was impressive speaking to someone who had such a vast range of experiences and industry knowledge.

As our conversation continued, we reached the final question which I had which looked at examples of companies that Blackfinch had already invested in.

I was delighted to be informed of three very different companies that had been identified by Dr Wilcock and his team, and the three are as below.

The first company, was one called TENDED. This is a firm that is slightly different from the sectors that had been outlined previously, however one that had huge philanthropic purpose, and certainly a firm that was changing the dynamic of the approach to personal safety with an impressive combination of technology and enterprise.

In essence, TENDED offer a range of products which look similar to a smartwatch or a fitness band, however the main purpose is different to counterparts such as the Fitbit. The TENDED device can tell whether the individual using it gets into an accident or gets into any unwanted trouble.

Using smart technology, this allows the user to quickly contact an emergency number which has been preregistered onto the device. One of the main strengths which Dr Wilcock spoke about was the look of the product and also the easy nature of user interface, which was one of the primary reasons for investing into this company. Blackfinch initially invested into this company in April 2019, and the firm has grown and developed working with Blackfinch over the last few months.

The second company which was mentioned was KINTERACT. This firm once again have managed to make themselves stand out in the market, combining the power of education with technology.

Kinteract offer a simple way for teachers and parents the ability to track their child’s educational progress and offer insights into where developments can be made.

Using the Kinteract technology software, teachers can log observations to recommend learning and development for children’s curriculum and subjects of learning. The firm have really made an effort to make the learning process one that is inclusive, as parents and teachers are given a user interface platform which allows instant dialogue through the Kinteract app.

Additionally, the firm offer additional services such as location sharing and progression updates for parents and teachers to monitor how a child is performing in all aspects of his or her life, which is a brilliant development in the world of children’s learning.

The best thing about this product I feel is that it is such a versatile and portable product, which is built around a “rich and fluid data set” about the child and what the best ways for the child to develop his or her learning.

On their website, Kinteract emphasize that this is not just a product for children and that the applications are unlimited all the way to adult learning and graduates who are looking to really nail down and tailor a unique learning experience.

It is so apparent to see why Blackfinch have invested in this company, and it seems like the potential is huge for the firm.

Another interesting company which was noted by Dr Wilcock was called Kokoon. Upon further research into the company my initials thoughts were that this was just a normal headphone company, however I was not more wrong.

Where Kokoon have differentiated themselves in the market is that the headphones and products they supply allow the user to look at their brain and psychological activity.

Interestingly, Kokoon is a company which has looked to expand their dimensions as their headphones allow companionship with other apps providing therapy and mediation solutions for those that require services such as CBT courses or sleep aids.

Blackfinch through this investment have combined two key areas of development, technology and science. Kokoon have used scientific expertise to market their products, and it was a breath of fresh air to see that already 15,000 headsets had been sold showing the massive potential for this product to be the first of its’ kind in the market.

Through this investment, Blackfinch changed the nature of their investments as I was told that this was a company that was in the latter stages of its developments, tailing from the traditional narrative that Blackfinch only invest in start up or early stage businesses. However, this does show a degree of flexibility from Blackfinch which should attract both investors and businesses to work with them.

As our conversation concluded, it was clear to see that Dr Wilcock, Richard Cook and the team at Blackfinch have really done their research into the launch of their new Venture Capital Trust, and by giving the examples of firms that they have invested in, this really sets a high benchmark for future performance.

Richard Cook added that, “Blackfinch has always been very entrepreneurial and as part of that our growth has been driven by supporting groundbreaking new businesses. As an early stage investor with extensive experience in founding and growing companies, we are now applying this to supporting innovative new firms through the Blackfinch Spring VCT.”

The Blackfinch team were a pleasure to work with and it was great for me to catch up with the man managing the expert team that drove the new technology based VCT, and certainly it is something which I would recommend to go and have a look at, as the future looks very bright for budding entrepreneurs and investors that want to work with Blackfinch. 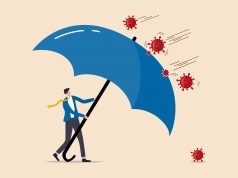 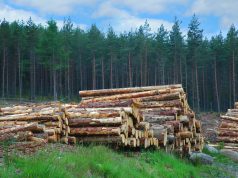 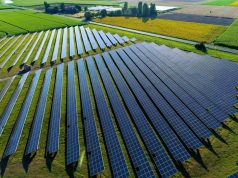 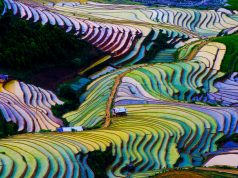 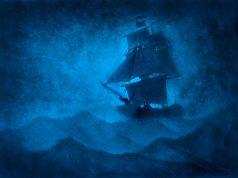 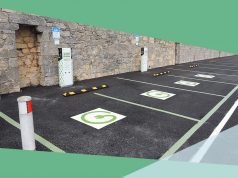