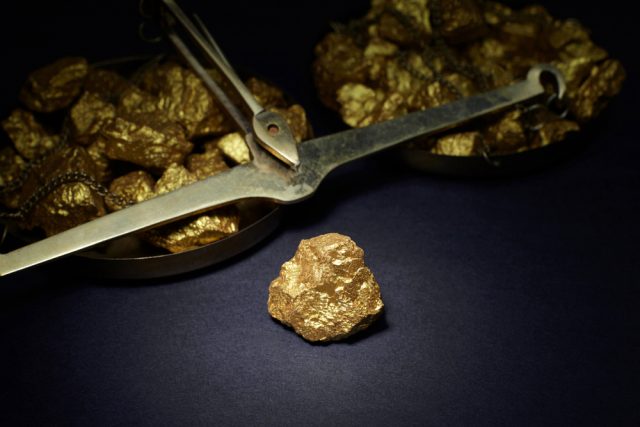 Endeavour Mining have told the market on Tuesday afternoon that they have ended merger talks with Centamin (LON:CEY).

Endeavour said Centamin has not sought an extension to the offer deadline of Tuesday. Given the lack of information received, Endeavour said, it has now decided against bidding for Centamin.

“We remain convinced about the strategic rationale of combining Endeavour and Centamin to create a diversified gold producer with a high-quality portfolio of assets,” said Endeavour Chief Executive Sebastien de Montessus.

“The quality of information received during the accelerated due diligence process has been insufficient to allow us to be confident that proceeding with a firm offer would have been in the best interests of Endeavour shareholders.”

The two parties have been locked in a battle of wills, having criticized each other’s behavior publicly with regards to talks discussing details of the merger deal.

However, it seems that the initial reluctance from Centamin to give into Endeavour Mining has now paid off as the deal has reached a stalemate.

In another update, posted by Centamin the firm said that it was “highly confident” in its strategy, and boosted its dividend, as Endeavour Mining Corp dropped its interest in the gold miner.

Shareholders can be impressed with this, as Centamin paid a 4 cent dividend for the first half, giving a total of 10 cent for the year.

The dividend pay out shows progress for Centamin, as the firm paid a 5.5 cent payout in 2018.

Centamin said the higher dividend comes after improved performance from the Sukari mine in Egypt, which has been experiencing operational problems.

“Centamin has taken significant steps to reshape its leadership team to improve operational performance. Our robust operating performance in fourth-quarter 2019 and the work this new team has undertaken in a short period of time gives us great confidence in our direction, underlined by an increased final dividend for 2019,” said deputy Non-Executive Chair Jim Rutherford, who was appointed in December.

“After a period of constructive engagement, Centamin and Endeavour have not reached agreement on value and have therefore terminated discussions. We are highly confident in our growth strategy, which includes but is not limited to value-accretive diversification. The company continues to assess opportunities and we look forward to continued proactive engagement with our stakeholders,” he added.

Last week, the firm updated the market alluding to strong performance from its Sukari mine, however it was set to miss its annual guidance.

The firm said that Sukari, which is the company’s online producing mine totaled output of 148,387 ounces of gold in the fourth quarter in 2019.

The figure that was highlighted by Centamin showed a 51% rise compared to the previous quarter, which was due to improved grades, recoveries, and a year-end drawdown of gold-in-circuit.

Centamin reported today that gold production for 2019 was 480,529 ounces, which showed a 2% growth year on year but still falling short.

Centamin have reassured shareholders that they can make progress in 2020 as they issued a guidance of 510,000 and 540,000 ounces of gold.

The firm has seen difficulties at the Sukari Mine across 2019, which led to a decline in third quarter production by 17%.

Additionally, in the middle of December, the firm announced a new interim CEO.

The firm announced the appointment of both an interim chief executive and a new deputy chair.

Pardey announced his departure as CEO at the start of October, though he has committed to stay with Centamin as an advisor for another year.

Centamin also announced the appointment of Jim Rutherford as a non executive director.

Rutherford has over 25 years of industry experience and specialized in the global mining and metals sector, having worked at Anglo American (LON:AAL).

The last few weeks having certainly been hectic for Centamin, however there seems to be a consensus that not merging with Endeavour was the right option.

Going forward, Centamin will hope that they can push the Sukari mine to full operational capacity and meet guidance figures.