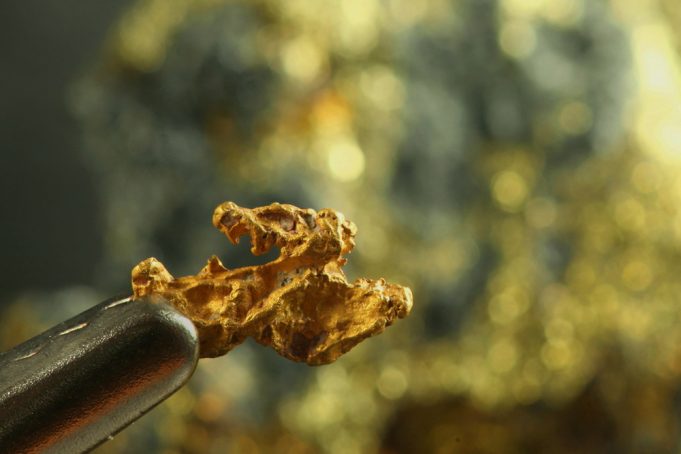 Centamin (LON:CEY) have reported a very strong updated from the Sukari Mine in Egypt.

The firm said that Sukari, which is the company’s online producing mine totaled output of 148,387 ounces of gold in the fourth quarter in 2019.

The figure that was highlighted by Centamin showed a 51% rise compared to the previous quarter, which was due to improved grades, recoveries, and a year-end drawdown of gold-in-circuit.

Despite the impressive performance from the Sukari Mine, this was not enough for Centamin to meet their annual guidance.

Centamin reported today that gold production for 2019 was 480,529 ounces, which showed a 2% growth year on year but still falling short.

Centamin have reassured shareholders that they can make progress in 2020 as they issued a guidance of 510,000 and 540,000 ounces of gold.

The firm has seen difficulties at the Sukari Mine across 2019, which led to a decline in third quarter production by 17%.

Ross Jerrard, CEO commented: “As expected, the fourth quarter production result represents one of the strongest quarterly results from Sukari and is a significant achievement for our operational team. During 2019 there have been substantial changes in senior management and this transition in leadership is beginning to be reflected in our improved operating performance.”

2019 has been a mixed year for Centamin, as the firm in July saw its gold production drop by 25%.

The company said production had fallen by 25 percent in the second quarter, after reporting low grades at its mine in Egypt. It is undergoing a “transitional zone” at its Sukari mine but expects production to be “materially stronger” in the second half of the year.

Later in the year, the firm said that the remained confident to meet their revenue guidance figures. Gold production in Q3 was 98,045 ounces, seeing a 17% from the previous quarter and 17% lower than the previous year.

Additionally, Centamin said that Chief Financial Officer Ross Jerrard has been made interim CEO, following the departure of Andrew Pardey.

Rutherford looked like a sound appointment, as he was currently holding a role as non-executive director at Anglo American plc (LON:AAL).

Centamin and Endeavor – what will happen?

On December 3, news broke out globally that Centamin had been subject to a hostile takeover bid following a merger approach from Endeavour.

The firm saw their shares spike almost 8% on the announcement, which got shareholders licking their lips.

When this update hit news, Centamin seemed to firmly reject the prospect of a potential takeover, saying that the bid submitted did not value Centamin.

In a response to the £1.47 billion, all share combination proposal, Centamin said that it is ‘better positioned’ to deliver shareholder returns on a stand alone basis than a combined entity, leading to an unanimous board rejection.

Whilst the deal was firmly rejected, it seems that Centamin Chair Josef El-Raghy was most skeptical of the deal saying the following comments.

“The board strongly believes that Endeavour’s proposal significantly increases financial and operating risk without any material benefits to our shareholders. Centamin’s stated strategy has always been to maximise returns for all of its shareholders, having returned approximately USD500 million to shareholders since 2014. In addition, despite numerous requests, Endeavour has refused to enter into a customary non-disclosure agreement to allow the board to further assess the proposal.”

Endeavour explained: “As meaningful engagement has still not been forthcoming, Endeavour is today announcing the terms set out in its proposal in an effort to encourage the Centamin Board to engage in discussions.”

On Monday 16, lightning had seem to strike for Endeavour as it was reported that merger talks between the two firms had commenced.

After what seemed to be a stalemate, Centamin might have seen value in merging with Endeavour and talks commenced on Monday.

The merger values Centamin at around £1.47 billion, and Endeavour noted it has made several unsuccessful attempts at engaging with Centamin’s board.

Certainly, the deal will continue to take its twist and turns. The last two weeks have been extremely busy for shareholders of Centamin, with shares fluctuating up and down.

As the extension for talks has been granted until January 14, both parties will be keen to see what will unfold.

From today’s update it is clear to see why Endeavour have been so keen on acquiring Centamin, and the strong performance of the Sukari mine is something for shareholder to keep an eye on in 2020.