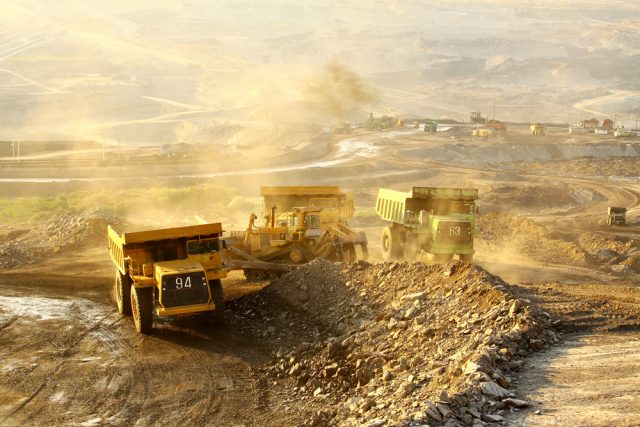 Centamin PLC (LON: CEY) have seen their shares spike on Tuesday morning after it was reported that the firm rejected a merger approach from Endeavour Mining.

Centamin plc is a gold mining company focused on the Arabian-Nubian Shield. It has offices in London, UK; Mount Pleasant, Western Australia; and Alexandria, Egypt. Its registered office is in Jersey

Centamin have seen a mixed time of financial 2019, and the firm has been confident throughout the year. In October, the FTSE250  listed firm saw its shares dip after the firm saw its output levels decline.

Today, Centamin updated shareholders by saying that it had rejected a hostile approach from an industry rival, which saw shares in green.

Gold miner Centamin PLC on Tuesday said the combination proposal made by Canadian peer Endeavour Mining Corp would provide greater benefit to Endeavour’s shareholders than to its own shareholders and does not reflect the contribution that would made by Centamin to the merged entity.

In a response to the £1.47 billion, all share combination proposal, Centamin said that it is ‘better positioned’ to deliver shareholder returns on a stand alone basis than a combined entity, leading to a unanimous board rejection.

The deal represents a 13% premium to Centamin’s closing price on Monday of 112.20 pence, Endeavour said.

Endeavour explained: “As meaningful engagement has still not been forthcoming, Endeavour is today announcing the terms set out in its proposal in an effort to encourage the Centamin Board to engage in discussions.”

Endeavour added: “On November 28, Centamin responded to the proposal with a continued refusal to discuss the prospects for a merger or its terms prior to the execution of a standstill agreement and non-disclosure agreement.

“Mindful of Centamin’s response to Endeavour’s proposal in October 2018, Endeavour believes that Centamin’s insistence on a standstill agreement as a pre-condition to discussing the prospects for the Merger, or even preliminary terms which would be subject to reciprocal due diligence, risks denying Centamin shareholders a voice in the compelling strategic merits of a combination.”

A combined Endeavour and Centamin would have a pro-forma 2019 gold production of 1.2 million ounces in 2019, making one of the top 15 gold producers in the world, Endeavour said.

In the minerals and mining sector, Monday was a busy day. FTSE100 (LON: FRES) listed saw their shares in red, after the firm gave a pessimistic outlook on their 2019 production estimate guidance.